This micro-boat—easy to build, store, and transport, and powered by a modified electric trolling motor—will tootle protected waterways for hours.

This plywood skiff's fine lines make efficient use of power, whether it’s from oars, sail, or small outboard. 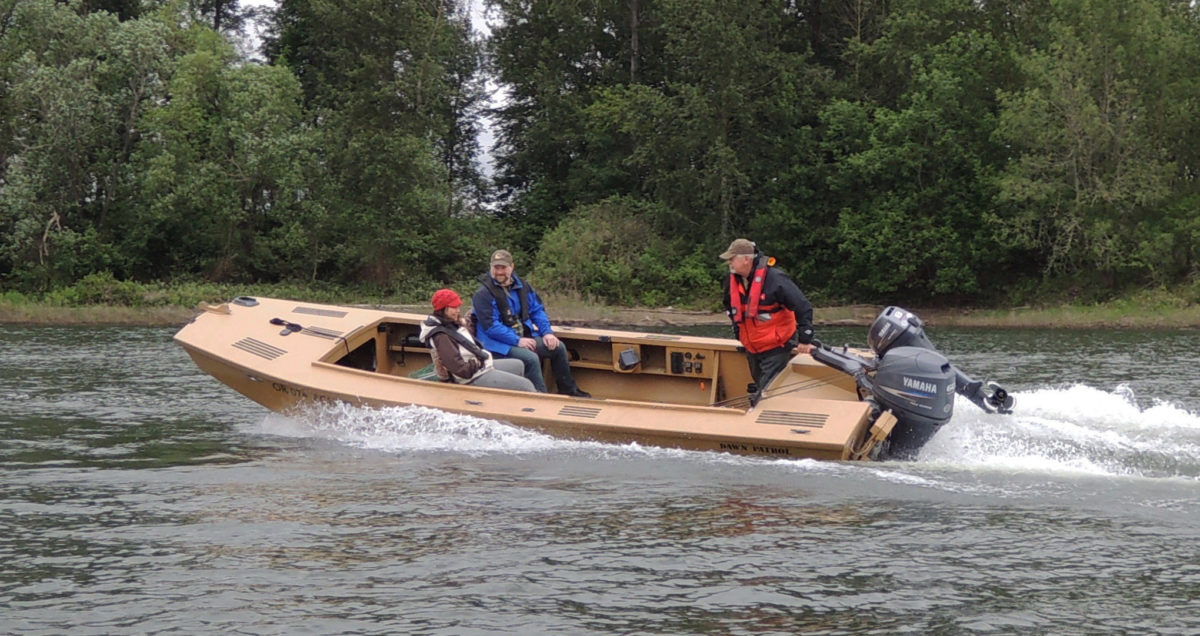 Sam Devlin’s Honker can be pressed into service as an open boat for fishing, a floating blind for waterfowling, or a cold-weather coastal cruiser with a removable pilothouse and cabin. 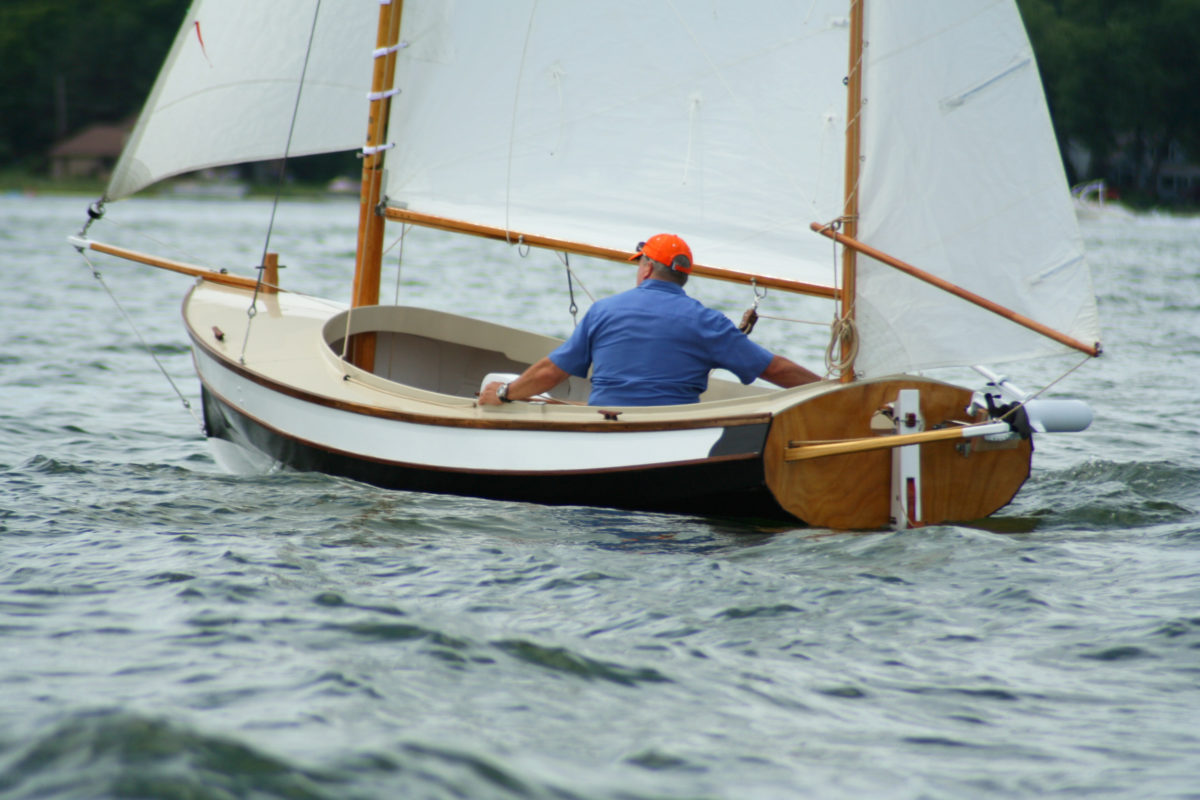 The Navigator started out as a sailing club’s racing trainer, but it became John Welsford's most popular design after he turned it into a long-range cruising dinghy. 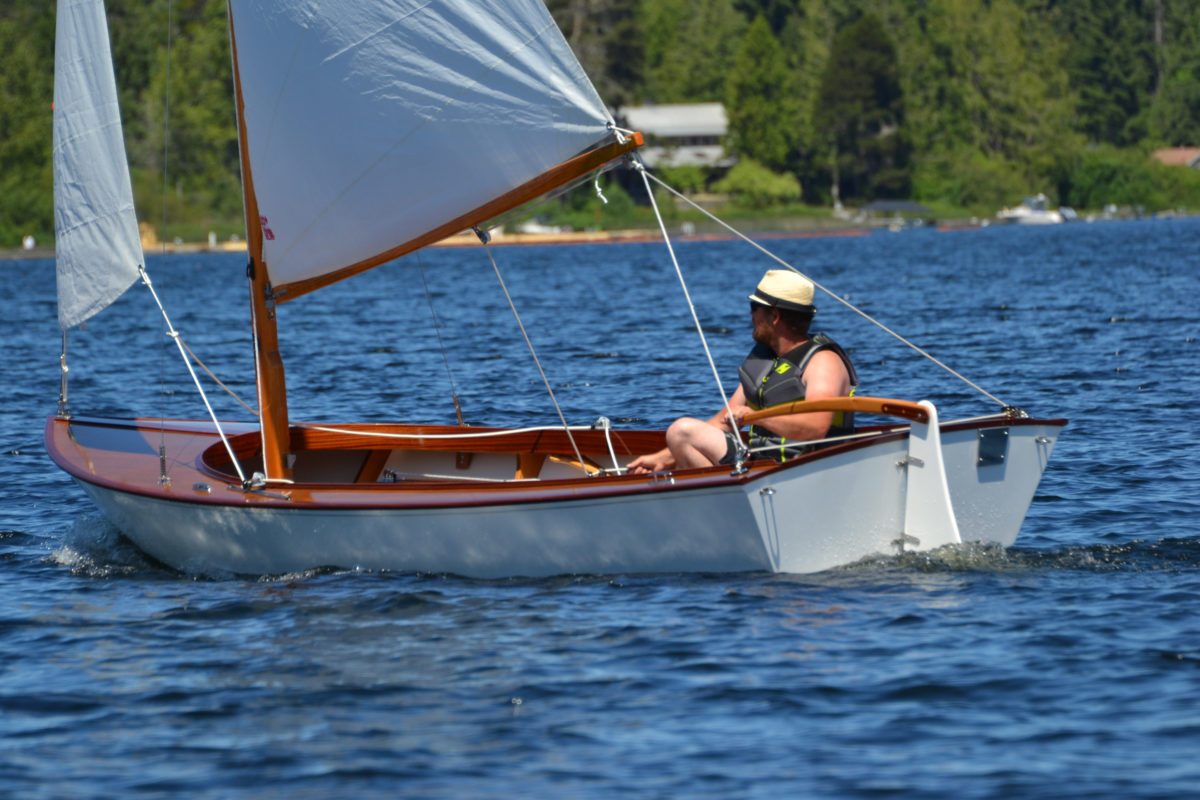 When Kelsey Johnson decided he wanted a boat for exploring the lakes near his British Columbia home, he had never sailed a boat, let alone built one. The Glen L-15 turned out to be the perfect introduction for both boatbuilding and sailing. 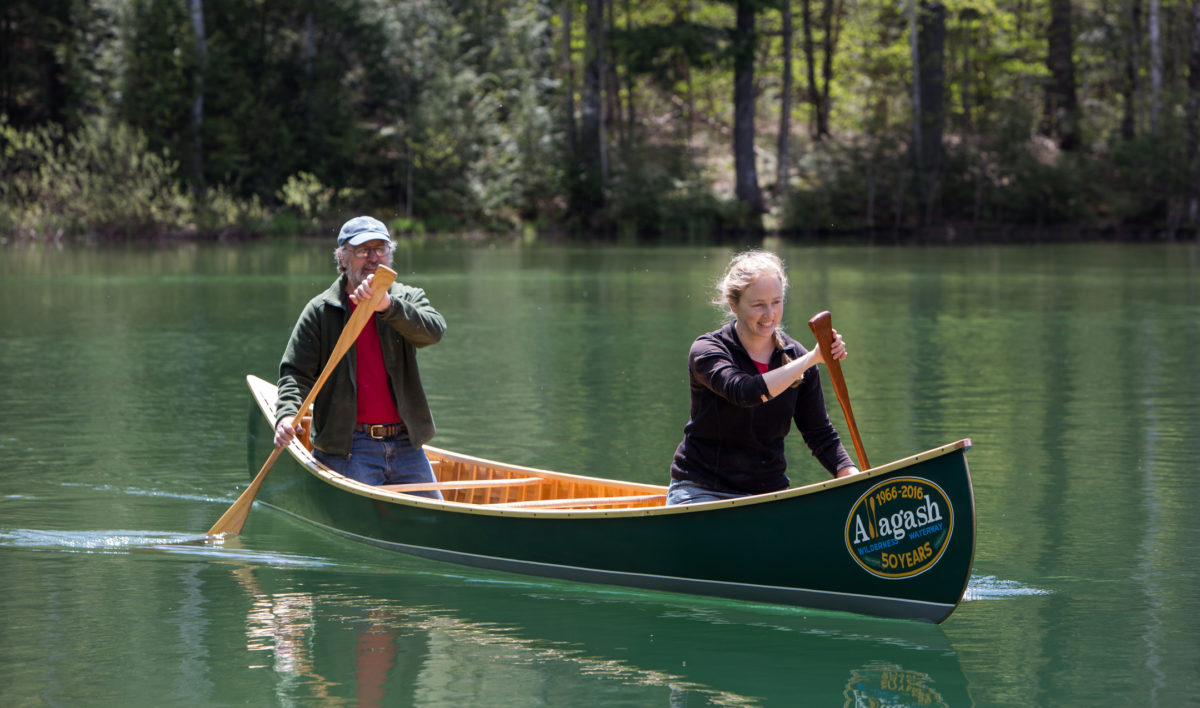 The Atkinson Traveler is Rollin Thurlow’s favorite canoe, and that’s saying something because Rollin has been building canoes in Maine for 38 years. We’ll take a look at what makes this wood-and-canvas canoe stand out among all the others he has built. 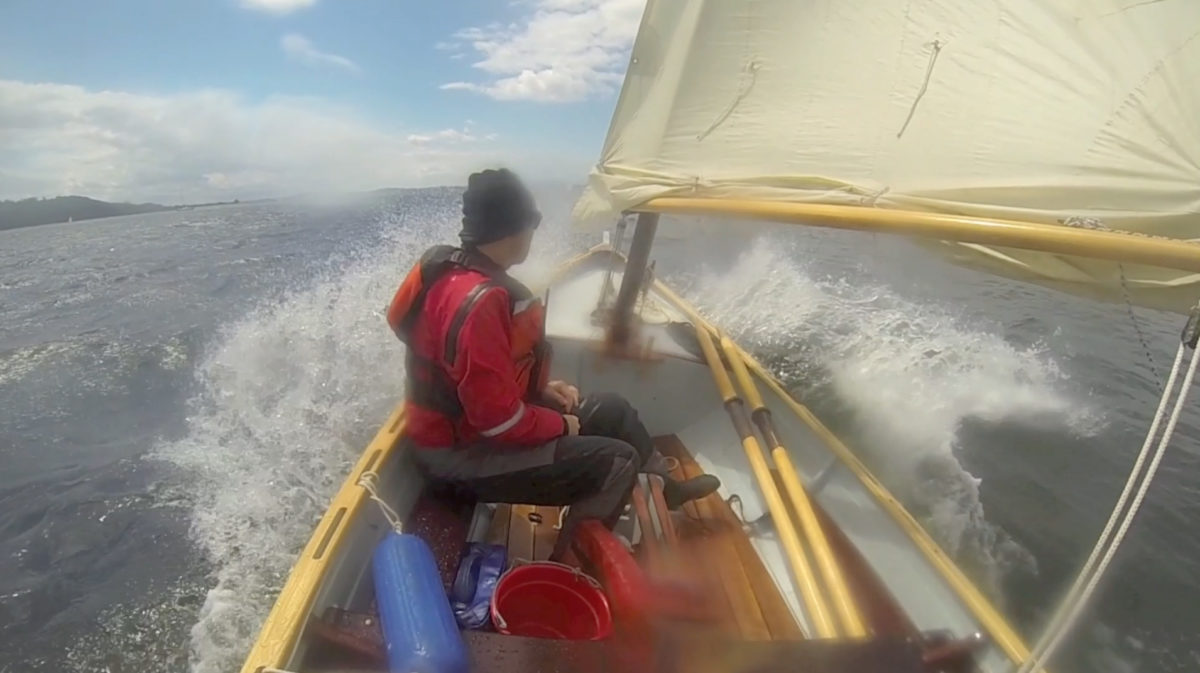 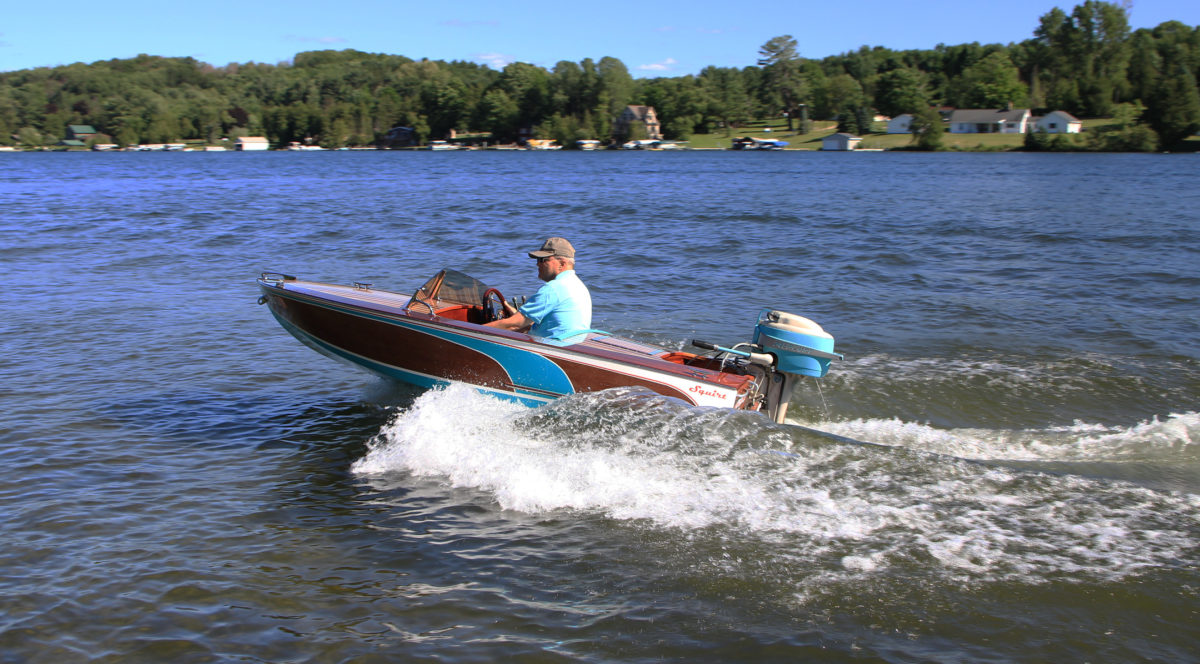 The Chaisson dory was designed a century ago as a tender, but it still has a lot to offer even if you don’t have a yacht to attach to the other end of its painter. 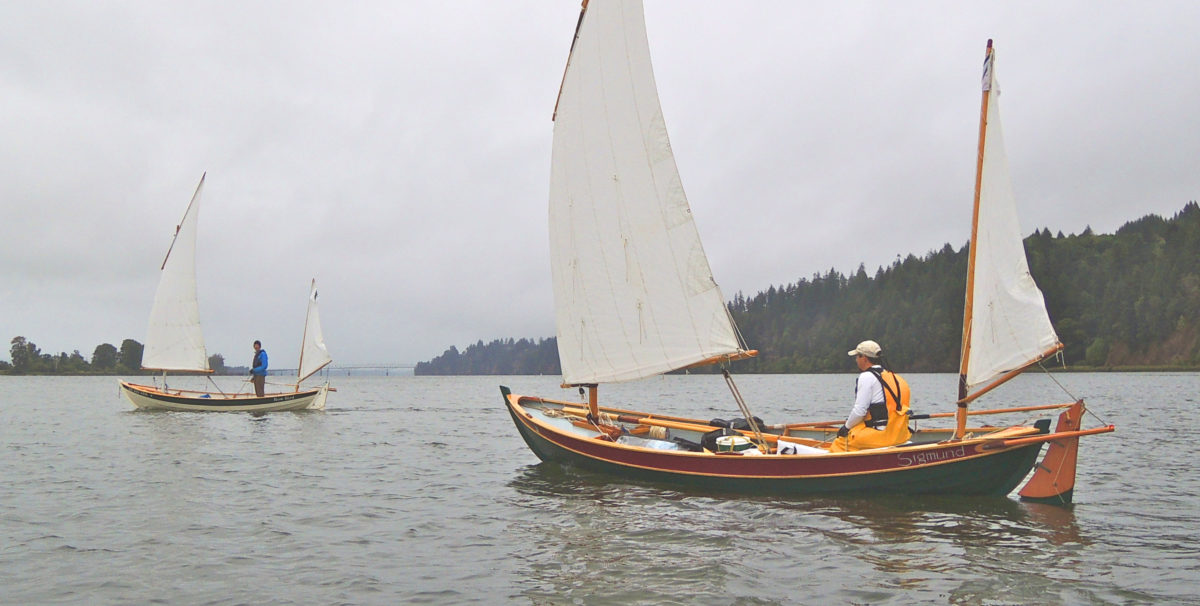 Iain Oughtred’s Arctic Tern is in the middle of the range of his popular double-ended beach cruisers that were inspired by the workboats of the Shetland Islands. 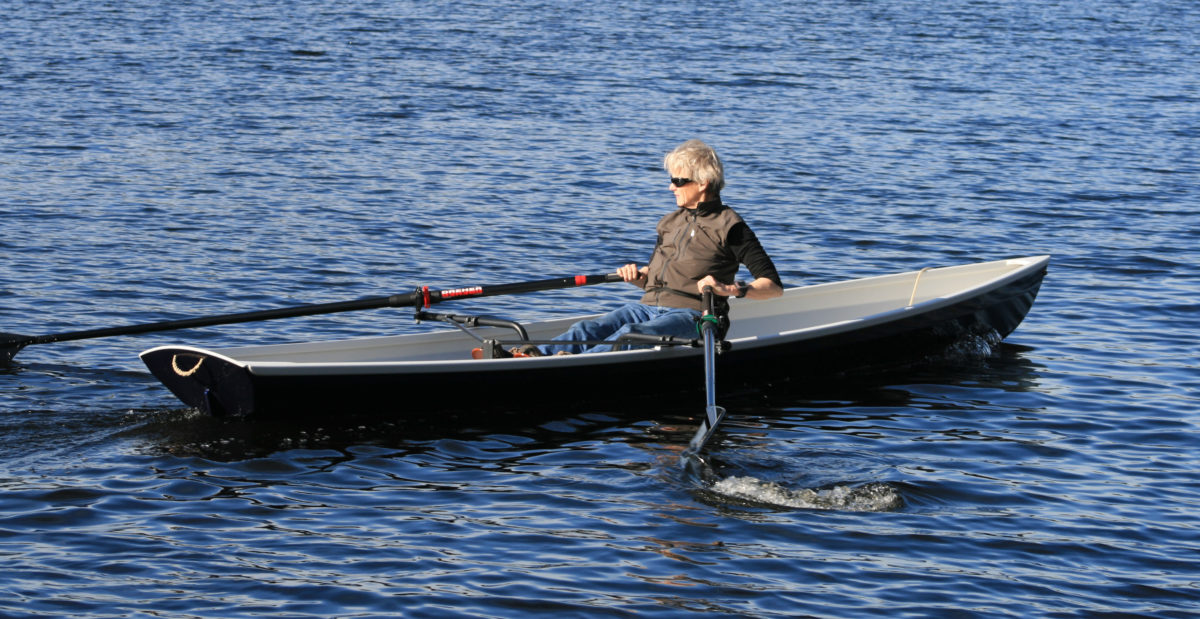 Although Sam Devlin envisioned the Duckling 17 as a performance rowing craft, not as a load-carrying boat, with a designed working displacement of 350 lbs, it has the capacity to carry gear for fast and light weekend touring. 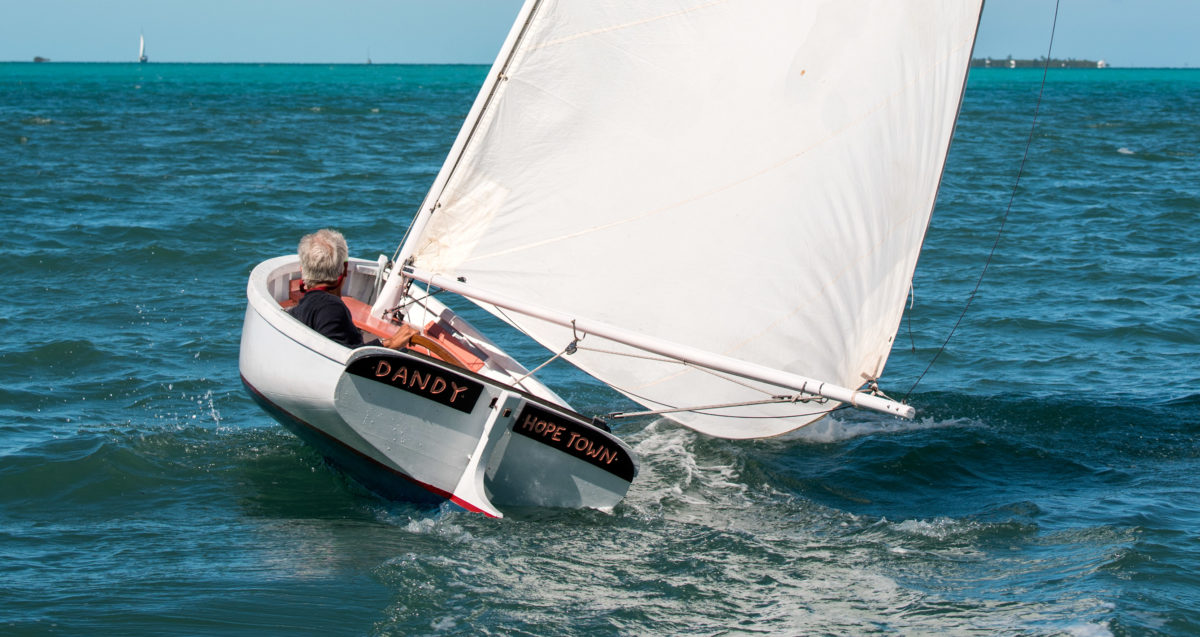 Nobody knows for sure when the first Abaco dinghy was built, or who built it, but the type has been around as a small fishing boat since the late 1800s. During the middle decades of the 20th century Abaco boatbuilders on Man-O-War Cay and at Hope Town launched hundreds of dinghies for fishing, daysailing, and racing. 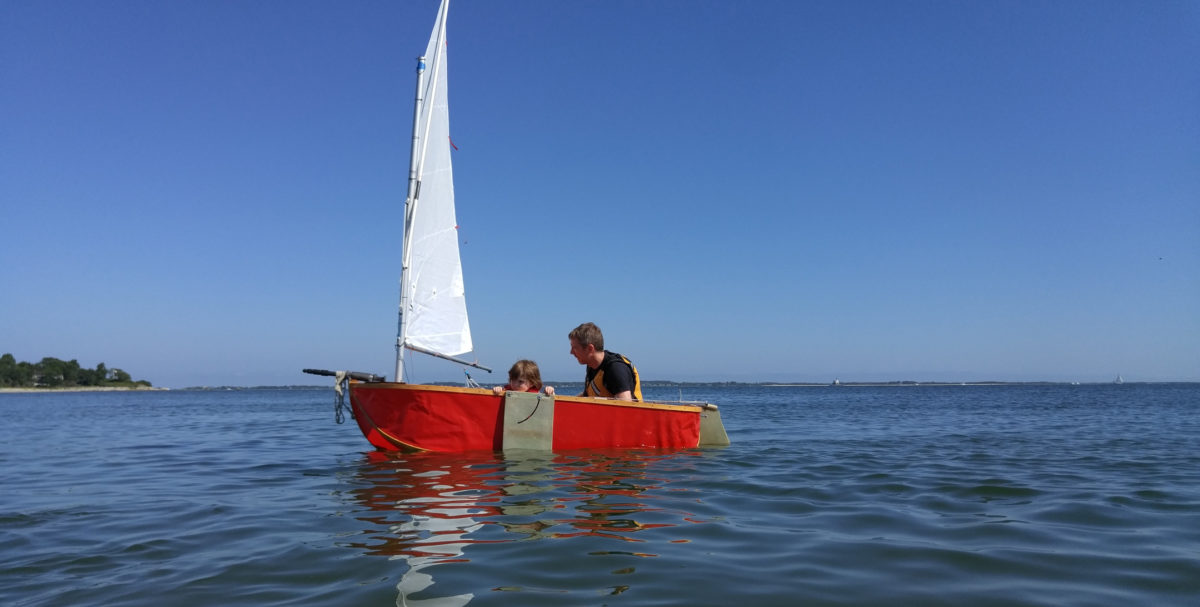 If you live on an island, owning a small boat is as sensible as owning a car, unless you live on Manhattan Island, where neither makes sense. One apartment dweller discovered the Fliptail 7, a folding sailing dinghy, fits in his closet and aboard public transit. 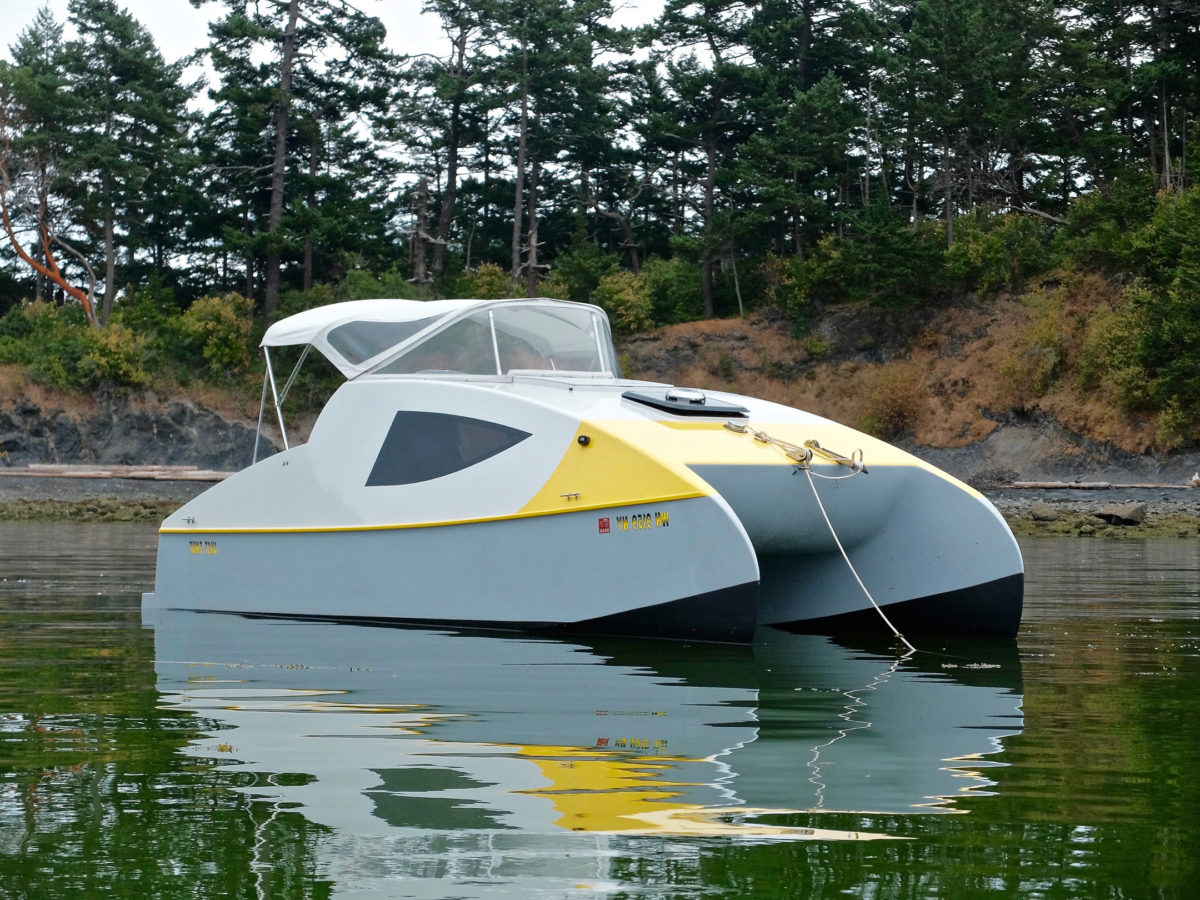 While it’s sometimes said that the moment you’ve stepped aboard boat you’ve arrived, there are times when you’d like to go somewhere. The Eco 5 Power Cat can take you places quickly, quietly, and economically.

What started out as a design for a motor-yacht tender finished up as a versatile pram that is as well suited for motoring, sailing, and rowing as it for gracing a pair of davits.

Tacking off the timeless, craggy coast of Devon, the Storm 23 looked decidedly unconventional, even kooky, and yet there was something about her that inspired confidence: a purposeful air, a look of intent, almost of defiance.

The Cackler from Devlin Designing Boat Builders is a contemporary outboard hunting skiff that can carry a heavy load, manage rough water and get hunters, dogs, and decoys out and back at a good clip. Its uncluttered cockpit make it a versatile utility skiff. 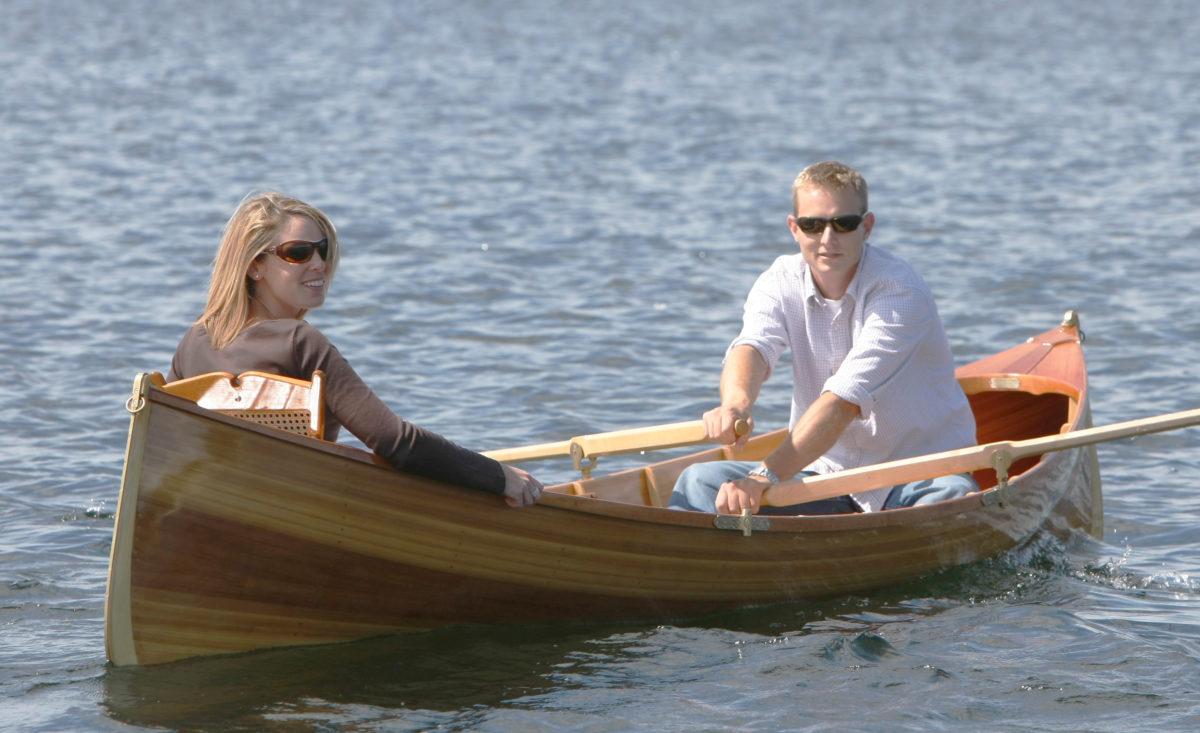 Strip-built in cedar, spruce, and pine

The original Adirondack guideboats were designed in the middle of the 19th century to take paying customers hunting and fishing the interconnected lakes, ponds, and streams of Upstate New York. The elegant strip-built version of this swift rowing boat makes rowing for its own sake a profitable venture.

A boat that almost builds itself

Clint Chase’s new 15’ 6” daysailer, sized to get planks from pairs of scarfed-together sheets of plywood, is designed to make the most of its sailing capability without compromising the pleasure of rowing.

John Welsford designed this trailer-yacht to be a roomy and comfortable cruiser with aesthetic appeal and excellent seakeeping ability. The gaff rig elicits images from a bygone era, but there is nothing old-fashioned about the Penguin.