In 1987, as Chip Miller was learning how to build wooden boats at the Maine Maritime Museum in Bath, he became interested in Alton Wallace’s design for an open skiff. Contacting Wallace, Miller arranged to have a look at one of his original hulls. He measured that hull, carved a half model, and—using the model in the traditional way and working with another student—built a full-scale version of Wallace’s skiff in the museum’s shop. He liked the result, and after a few years’ work in various Maine boatyards, he concluded it was time to build this seaworthy design again, using up-to-date techniques.

Where to begin? He still had his half model, and the Maine Maritime Museum still had the set of molds Miller had made and used there for his student project. “They didn’t want them,” he was told when he inquired about the molds. He promptly retrieved them, presumably saving these critical ingredients of his own boatbuilding dreams from the kindling pile or the dump.

Six River Marine, the company Miller formed with Scott Conrad in 1994, got its start as a mobile marine service. Miller and Conrad “packed their tools in a van and set about letting folks know of their services,” according to Six River’s informative web site. They had to work under some fairly miserable conditions during this time.

The West Pointer came into the picture about 10 years later, long after a roomy former chicken house in North Yarmouth, Maine, had replaced the van as Six River Marine’s principal place of business. Miller and Conrad had built up a storage, repair, and restoration operation that concentrated on boats built from the 1920s through the 1960s, some of which had won show honors for the quality of the restoration work. The student half model of the Wallace skiff lay in Miller’s office, reminding him daily of the handsome boat he had built nearly 20 years before.

The boat Miller built at the Maine Maritime Museum in 1987 was conventionally planked and a few inches shorter than the version he began building in the North Yarmouth shop. “More freeboard, less flare, increased beam, and increased length” is how he describes the result, which is 18′ 6″ overall, draws 7″ with its outboard motor up, and displaces 1,100 lbs.

The big difference between the West Pointer 18 (20′ and 22′ versions are planned too) and its museum-built predecessor, however, is in the construction. Miller settled on cold-molded veneers over laminated mahogany frames, using two 1⁄8″ layers of cedar and one of mahogany, sheathed on the outside with resin-impregnated Dynel cloth and coated with a one-part urethane paint. The veneers are laid at right angles to each other in “planks” of varying widths, glued together with epoxy while being clamped with a vacuum-bag. He describes the result as “a rigid one-piece structure made completely of wood not fiberglass.”

The resulting hull, Miller asserts, is lighter in weight than its conventionally planked ancestor, and considerably easier to maintain. The company’s brochure for the West Pointer notes that the cedar and mahogany used for veneers is rot resistant and completely sealed with epoxy: “The result is a solid, impervious structure. With proper maintenance, rot won’t have a chance to get started.”

The 18’6″ model that came out of the shop in 2005 is decked forward with a curved coaming running down both sides, from the foredeck all the way to the stern. Side decks are about 8″ wide, and the coaming looks low enough to permit a person to sit on the narrow deck for a while without discomfort. There is a center console equipped with a stainless-steel destroyer-type wheel and throttle and the usual gauges, plus convenient grabrails to port and starboard. The helmsman’s seat—gray-painted plywood—is positioned far enough aft to allow the skipper to stand or sit at the console (company photographs always show the helmsman standing, suggesting the West Pointer’s roots as a traditional workboat). There’s storage in the locker under the helmsman’s seat and under the foredeck.

This is a custom-built boat, and the configuration of hull No. 1 is only one of the possibilities. “In keeping with Six River Marine’s reputation as a custom boat builder, every hull is built to order,” states the company brochure. Alternate configurations might include a dodger, more decking, a windshield, additional rubrails, a different style of coaming, various seating arrangements, even a steering arrangement other than the center console. And, of course, the level of finish— less paint, more varnish—is up to the customer as well. Hull No. 1 is white with gray decks and interior, set off with a varnished coaming, grabrails, and console trim—very workmanlike, with just enough varnish to make it interesting. 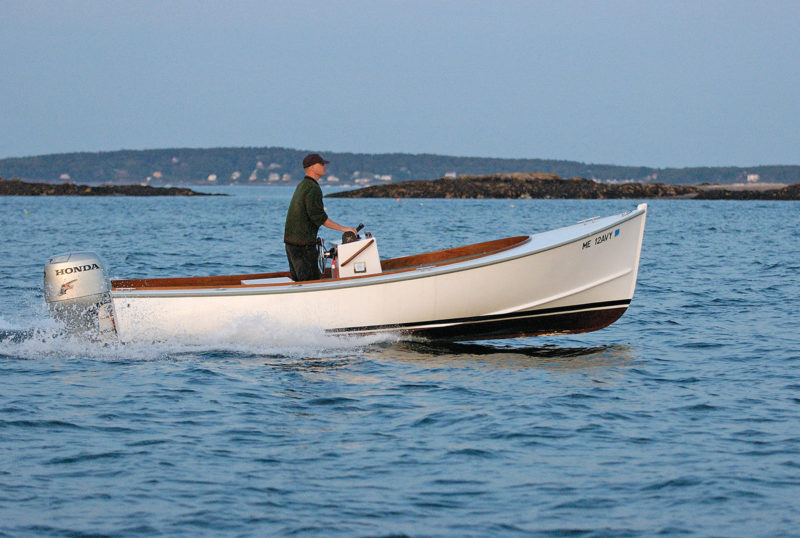 The company recommends a 50-hp outboard, although at the customer’s request the first hull was equipped with a somewhat larger four-stroke Honda. A 50-hp motor, Miller says, will push this hull at 25 knots. It may be too early to know much about customer satisfaction, but the Maine buyer who commissioned hull No. 1 reportedly sold it to another buyer after a season and the boat is now with its second owner in Stuart, Florida. The original customer, meanwhile, has returned to Six River Marine and ordered a second West Pointer for himself.

One thought on “The West Pointer 18” 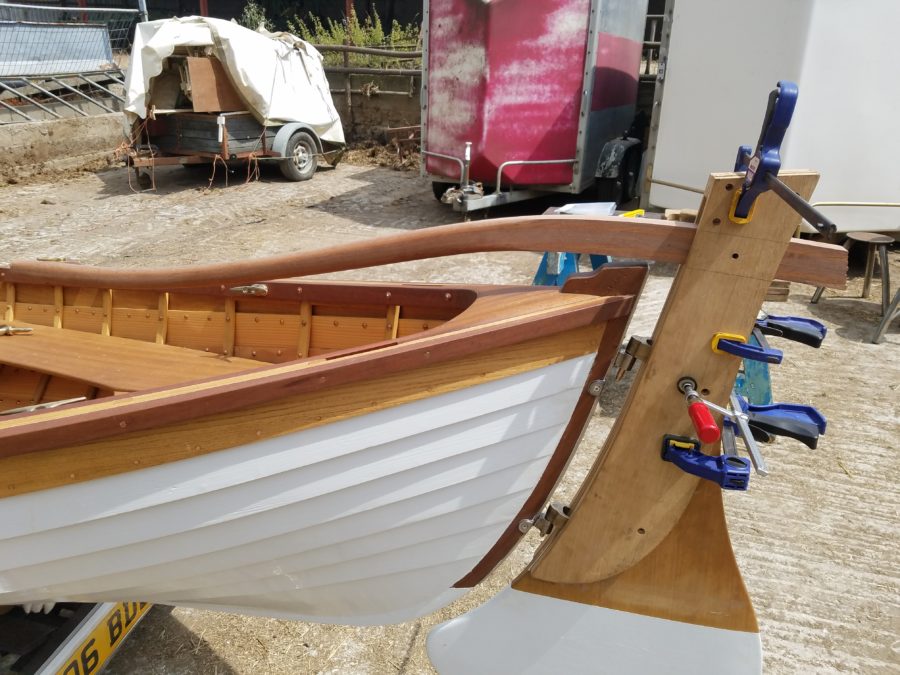 To the Black Sea – Episode 2

Finn and Tereza Finish Their Boat - Watch NowJILL, the boat Finn and Tereza have been building for their journey across Europe to Russia, is still not finished. Watch this… 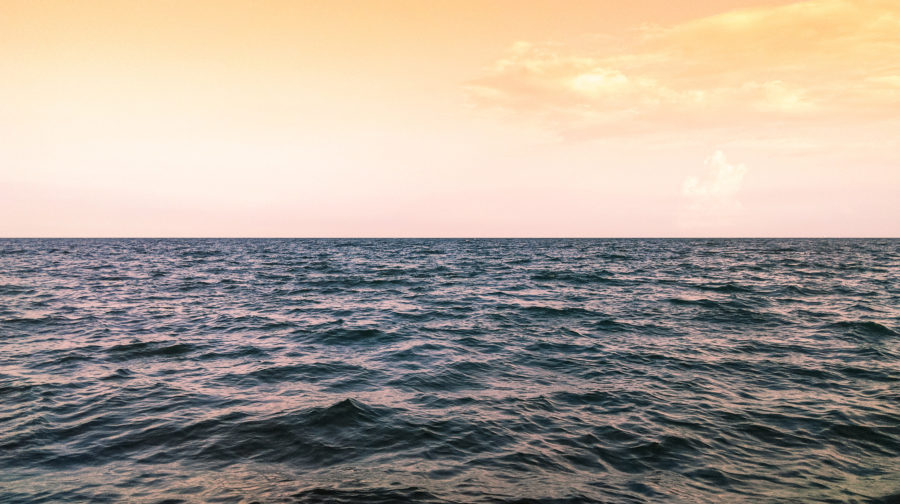 A Beautiful Day on the Black Sea: - Watch Now The final week on the Danube brought Finn and Teresa to a short-cut to the Black Sea. Small boats aren’t…