In my tweens my father let me play with a model steam engine that my grandfather had built, so I was told, from a Stuart Turner kit from England. I’d occasionally take the engine, its boiler, a small crescent wrench, a box of matches, and a handful of black licorice and set up on the concrete patio in the back of the house.

After removing the pressure-release valve I could trickle water into its fitting until the water showing the gauge on the front of the boiler was almost to the top of the glass tube. I’d replace the valve, then fire the boiler with either an alcohol burner that Dad bought for it, a can of Sterno, or wood scraps. I preferred wood for the glowing golden flames at the mouth of the fire chamber and the plume of smoke issuing from the chimney.

As the pressure built, some of the fittings on the boiler would begin to hiss and spit. The whistle on the top of the boiler was my only means of checking the pressure. It would lisp when the pressure was just beginning to build, and with good head of steam, it would scream shrilly when it was time to open the valve to send steam to the engine. The brass flywheel might’ve also needed a bit of a nudge to get it spinning.

The engine never propelled anything, but it was pleasure enough just to watch it and listen to it—I’d sit by it eating licorice until the water level in the gauge dropped to the bottom and it was time to extinguish the fire.

When John Leyde invited me to take a run in a steam-powered boat up the Ebey Slough from Marysville, a half hour north of Seattle, I was eager to watch a steam engine put to use. John helped a friend build ATNA, an Adirondack guideboat that was featured in our January 2018 issue.

The steam launch E. SCOTT HAMMOND is just one of the many boats John has built. Its lines were inspired by a Karl Stambaugh cruiser that John scaled down to half for an electric launch, then stretched to 18’ for the HAMMOND, launched in 2009, which was initially diesel powered and then converted to steam on 2016. The switch was one John was destined to make; his father worked with a logging crew in the Washington forests and ran a steam donkey, a powerful seething machine with a tall boiler and a powerful winch, all mounted on a pair of hip-high log skids.

The engine for the HAMMOND was built in 2004 by a steam buff in Oregon. It has a 2-1/2″ bore with a 3″ stroke, making it a 241 cc engine, although it’s not just the top of the cylinder that does the work. The piston gets pushed by steam from above and below.

The piston is lubricated not by oil, but by water condensed from the steam flowing into the cylinder, and the water is recycled in the hot well beneath the boiler where it will be turned into steam again. It is possible to use oil to lubricate the cylinder, but the water to be recycled gets contaminated with oil. John tried an oil-lubrication system once, and to filter the water before it reached the hot well, he ran it through a homemade filter: pantyhose filled with hair clippings from his local barber shop.

The boiler is propane fired, so there’s no smoke coming out of the stack. There are two propane tanks secured under the foredeck. With two tanks, John can switch as one becomes cold, even icing up, and interrupting the delivery of fuel as it is consumes at about 1-1/2 gallons per hour. There is a freshwater tank under the HAMMOND’s aft deck, and the water it supplies goes through a heat exchanger warmed by the engine’s exhaust to make the boiler more economical in the amount of fuel it consumes to create steam.

A bronze 16×20 propeller pushes the HAMMOND along at about 4 knots. It’s a good thing that she doesn’t go much faster, because John spends about half of his time tending the engine, checking the boiler, and going forward to check on the propane tanks. “Never take a date out on a steamboat,” he said, “you’d just be ignoring someone.” I took the initiative to keep an eye on our course up the serpentine bends of the slough, and often reached across the cockpit to turn the wheel, mounted on the portside coaming. I too let a lot of shoreline slip by without notice. Watching a steam engine is very much like staring into a campfire: it’s soothing, almost mesmerizing.

I’ve been using a very reliable 2.5-hp outboard for a dozen years, and as happy as I have been with it, I don’t really take pleasure in it because it doesn’t make for good company. With two of the boats we use it on, I’ve abandoned its tiller and put some distance between the helm and the motor so I don’t have to put up with its constant thrumming and quivering. John’s steam engine is a much better companion, soft-spoken and more open—it doesn’t hide behind a cowling and an engine block.

I’ve often thought I’d make a model launch scaled for the Stuart Turner engine, but while I might enjoy seeing the boat underway, I’d miss watching the workings of the engine.

The steam launch E. SCOTT HAMMOND is just one of the many boats John has built. Its lines were inspired by a Karl Stambaugh cruiser that John scaled down to…

The structure for the Ruth is a combination of plywood and lightweight western red cedar stringers. The 1/2″ marine-plywood stem, frames, and transom are notched for the full-length strips that…

When I set out from Mukilteo, Washington, late in July of 1980, the wind was light, barely ruffling the silvery expanse of Possession Sound.  I set all sail—the sprit-rigged main,… 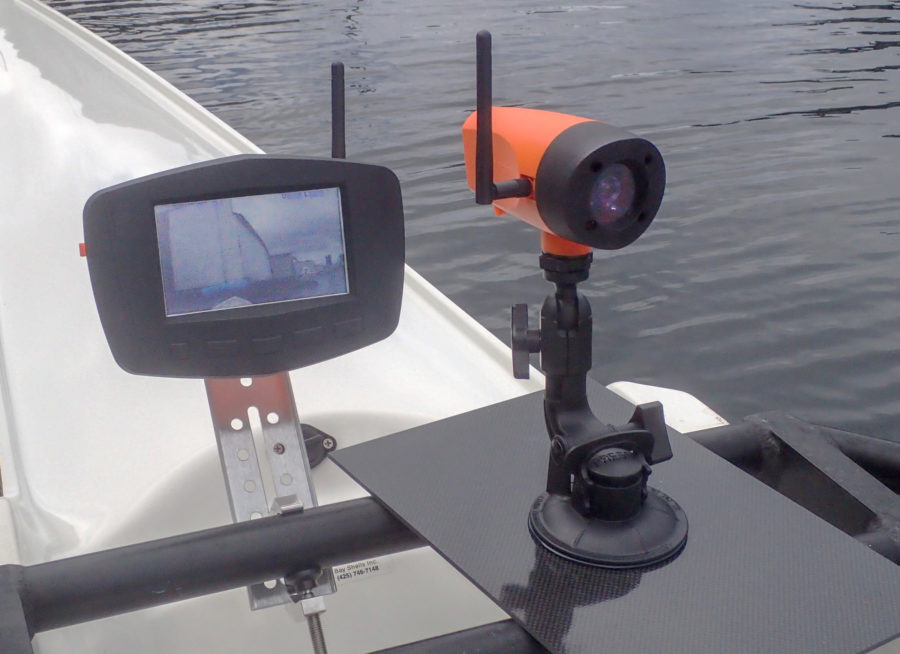 The monitor and camera have robust housings with a nicely textured finish that provides a good grip even when wet. The mounts are well designed and easily adapt to fit… 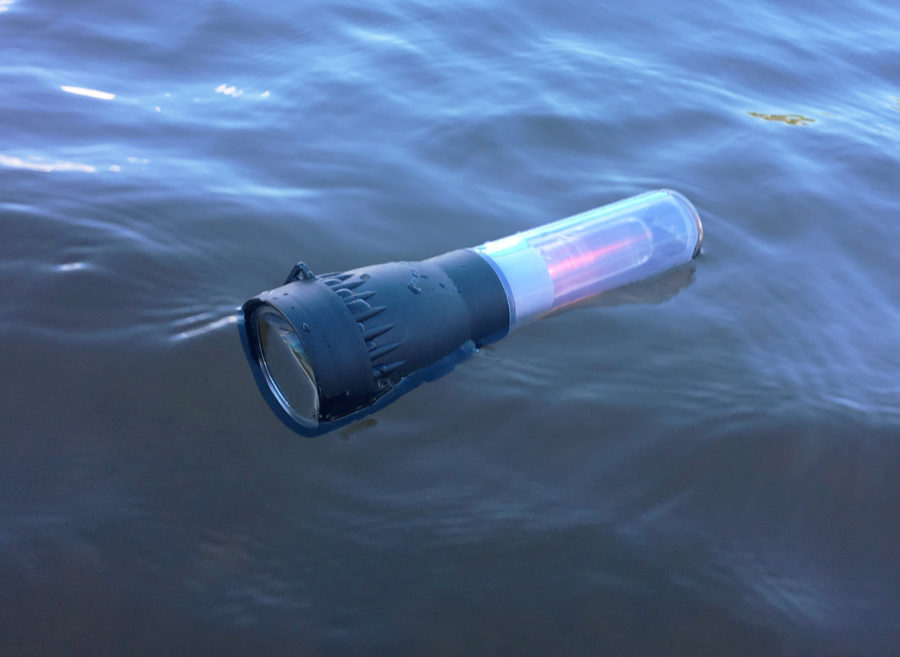 The translucent handle is a 50-lumen lantern that provides all-around, softly diffused light; very handy for sorting through gear prior to a dawn launch or when tending to camp duties…

Despite its location in the tropics, Palau had its own season of darkness in the fall of 1944. The Japanese held the archipelago and had fortified the islands with artillery…