Snap-on oar sleeves for rowing into a headwind

I’ve been rowing a Whitehall-type pulling boat for about 30 years now, and I nearly always row without an overlap of the oar handles. The ends of the handles just about touch when set square to the centerline. This is mostly because that’s the way I learned to row a fixed-seat rowboat 60 years ago. Other folks I know have been rowing for just as long with overlapping handles. But in a rowing “hard chance”—working against strong wind and current—I can use the better leverage on the oars provided by overlapping handles. Shifting the oars inboard also shortens the outboard end of the oar and quickens the stroke rate, helping to keep a steady forward momentum. The blades are also higher on the return stroke, better for clearing the chop. I could carry a second set of hard-chance oars, but then I’d have to make room for them and struggle with changing them out just when I need oar blades firmly planted in the water.

I figured the best solution would be to find a way to quickly “change gears” at the oar collars rather than having to change the oars. Having recently switched from leather to the adjustable plastic sleeves from Seadog—which I find present considerably less friction in the oarlock, making feathering nearly effortless—I realized I could simply snap on a second sleeve, reversed end for end, over the first to provide a second button farther outboard, a task that just takes seconds.

I shortened the second sleeve to a length of about 3″, which happens to leave just enough of the fixed sleeve exposed to bear on my Gaco oarlocks. If you use a different type of oarlock you may have to shorten the sleeve a bit more. The added collar shifts the oar handles inboard, bringing my hands right over each other.

I used a small backsaw to modify the second sleeves. (Someone braver than I could probably do this on a bandsaw, but you would want to cobble up a jig when cutting the sleeve to length to prevent it from rotating.) To make the sleeve easier to spread open to fit the oar, I widened the slot and cut the button back a bit.

In sea trials, I found that the overlap did indeed give me noticeably more leverage and the 3″ inboard shift of the oars significantly increased the stroke rate. Both lessen the strain when bucking a headwind. For me, there is only one downside. After rowing without an overlap for so long, I have to quickly adapt to an unfamiliar stroke with one hand leading the other. For a while, at least, I’ll carry a pair of gloves to protect my bruised knuckles during hard-chance rowing.

Jim Tolpin is a teacher and writer in the field of woodworking, and has lived by and boated in the waters around Port Townsend, Washington, for the past 40-plus years. As his bumper sticker says, “My Other Boat is a Whitehall.”

One thought on “Downshifting Oars” 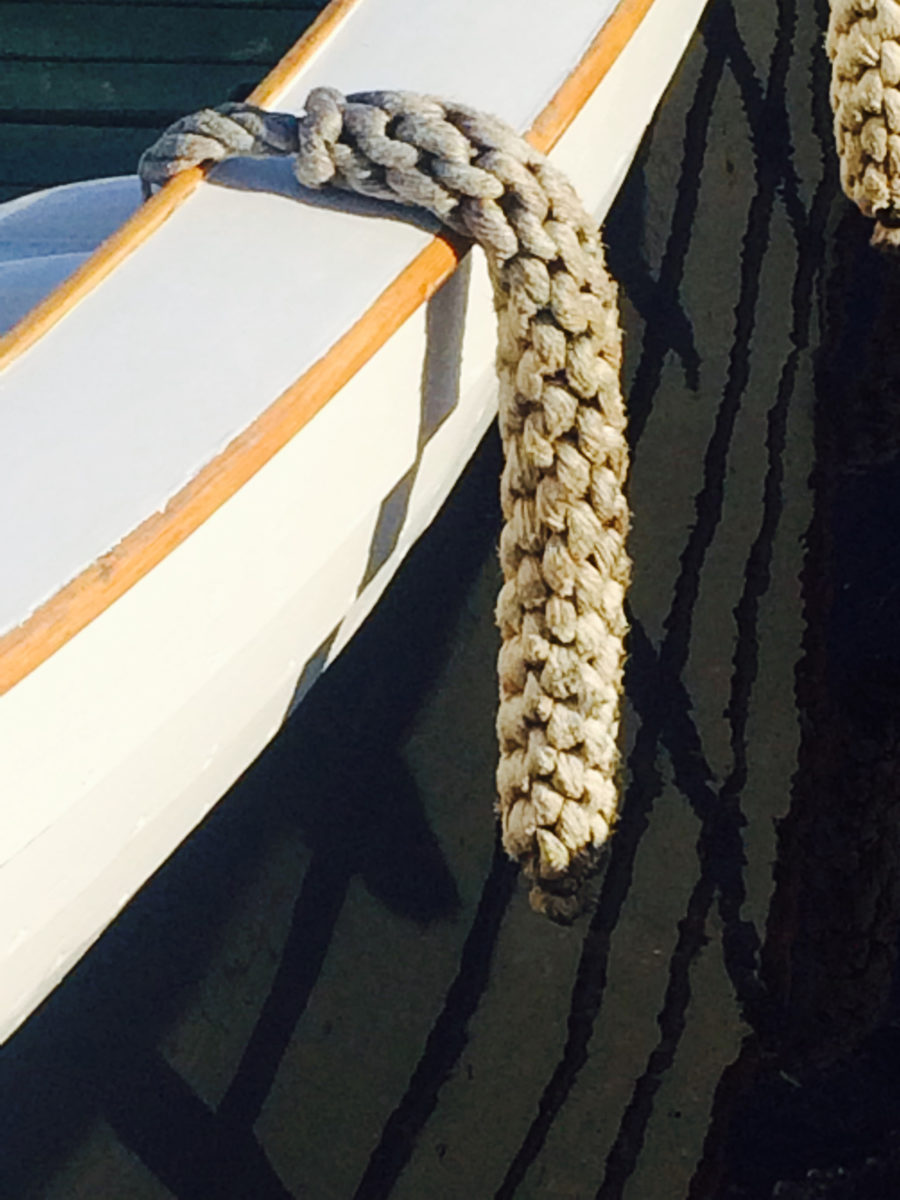