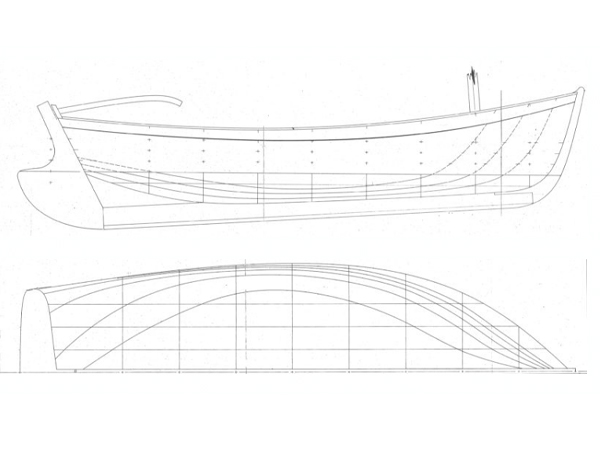 Special thanks to friend-of-the-magazine Ben Fuller for bringing it to our attention that 37 drawings by David W. Dillion of 15 different designs have recently appeared on Mystic Seaport Museum’s website. The plans are now available for purchase, too.

From the archives: Read about the Woods Hole Spritsail Boat, one of the boats Dillion documented for Mystic Seaport.

From Mystic Seaport: “David W. Dillion was an engineering draftsman before establishing a career as a freelance boat documentation specialist. He measured and drew more than seventy boats up to a hundred feet in length and taught lines-taking at the WoodenBoat School and half a dozen maritime museums across the United States. His plans have been published in WoodenBoat and other periodicals. He was the major contributor to the Museum Small Craft Association’s publication Boats, A Manual for Their Documentation.

Whitehall pulling/sailing boat built by Orvil Young during 1968-69 as a recreational boat for the schooner ROSEWAY of Camden, Maine, 16′3″ x 4′5″. Based on fig. 73 of Chapelle’s American Small Sailing Craft. Carvel planked.

Matinicus Peapod, Sailing, 15’ x 4’6″. Based on John Gardner’s plans and documented as-built by the Apprenticeshop in Rockland, Maine. Lapstrake with centerboard. 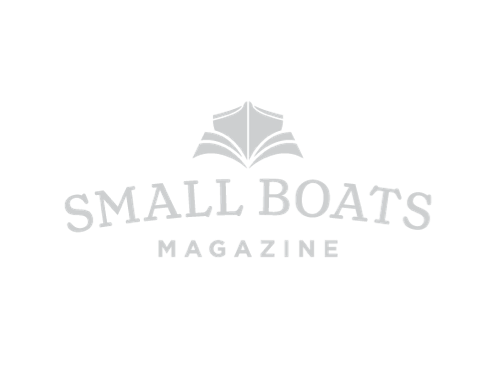 A Gathering of Traditional Small Boats

No, it’s a ribbon-cutting!

No, it’s a program with speakers!

No, it’s a yummy food event!

Actually, it’s ALL OF THE ABOVE!

The Downeast Chapter of the Traditional Small Craft Association is pleased to sponsor the dedication of the Wilson Museum’s new Antique Boat Exhibit and Boat Shop on July 3, 2019 beginning mid-morning. This will be a great opportunity to see a wide variety of small boats and chat with their knowledgeable and enthusiastic owners.

At 11 a.m. Penobscot Marine Museum Curator, Ben Fuller, will give a talk entitled On Matinicus It’s a Double-Ender about small peapods.

The aromas from the outdoor bake oven will entice attendees across the street at noon to sample Museum-made bean-hole beans, pulled pork, blueberry buckle, as well as a variety of smoked fish (mackerel, alewives, or smelt) from the Downeast Salmon Federation’s smoker.

At 2 p.m. take part in the Exhibit and Boat Shop ribbon cutting and dedication ceremony followed by Tom Jackson, senior editor at WoodenBoat, giving a talk entitled Modern Small Craft: Building on Tradition about the current use of traditional small craft. Then, to top it off, there will be a showing of the WoodenBoat video The 2015 Small Reach Regatta provided by Small Reach Regatta.

This event is free and open to the public! It’s a boat-enthusiast’s dream day—don’t miss it!