Sean Russell grew up on the shores of Lake Ontario in a small beachfront cottage outside of Toronto. His bedroom window looked out over the lake’s ocean-like expanse of water and he recalls “that view was more valuable than anything. It opened up great vistas. I imagined you could set sail and arrive at the Caribbean or anywhere, for that matter.”

The cottage was remote enough from television and movies that books were the family’s main form of entertainment. His parents were voracious readers and his mother read a lot of books to Sean, so many that when he was 10 years old he decided he’d be an author someday.

That someday came and he published his first book, a fantasy, in 1991 at the age of 39. He later wrote a series of books—the Lt. Charles Hayden historical naval-fiction novels—about men-of-war in the age of sail. He created THEMIS, a fictional frigate, and could see it in his mind’s eye in great detail, but the ship existed only in his imagination.

He moved to Vancouver Island, British Columbia, and now lives in just a short walk to the water. His imagination turned to smaller boats, ones that he could actually build and use. He created hundreds of designs for rowing and sailing craft, at first drawing them by hand, and later with CAD programs. In our May 2016 issue, he shared with us his SWEET PEA, an 8′ strip-built peapod.  While SWEET PEA served as a tender for his sailboat, it wasn’t designed for that role, and Sean decided to design a new small rowing boat to replace it. It would be a dory skiff, large enough to carry four adults, along with a propane tank, and groceries, and still have ample freeboard. It had to fit on the deck of the mothership between the mast and windlass, which set the length of the tender at 9′ 1-1/2″. For stability, the beam would be 4′ and the bottom would be 34″ across at its widest point. The plywood bottom, garboards, and transom would be assembled with stitch-and-glue construction, but to dress up the sides with another curve, the sheerstrake would be added as glued-lap plywood.

Some dory skiffs have the transom widened and the run flattened to accommodate an outboard, but Sean would have none of that. He even narrowed the transom and gave the bottom enough rocker to keep it from dragging. “We don’t like the sound of outboards,” he says, “and we don’t want to carry the fuel. And oddly, I like to row. Why one needs an outboard to go even 300 yards to the beach is a mystery to me, but then today’s tenders, most of which inflate, row terribly.” 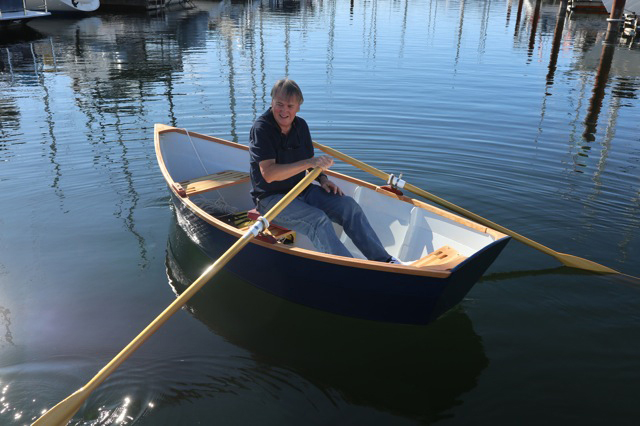 Sean reports that his dory skiff, RIPPLE, “is a robust, stable little craft and rows beautifully. I think it will make a fine tender and a great little boat for exploring anchorages.” Sean’s RIPPLE is about as far as a boat could be from his frigate, THEMIS, but while both spring from his imagination, only RIPPLE can truly carry him away from shore. 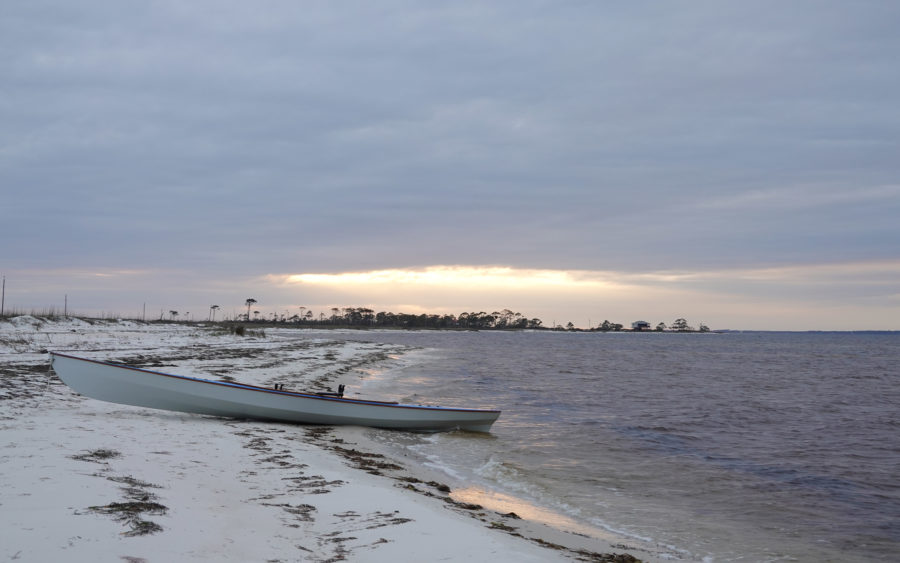 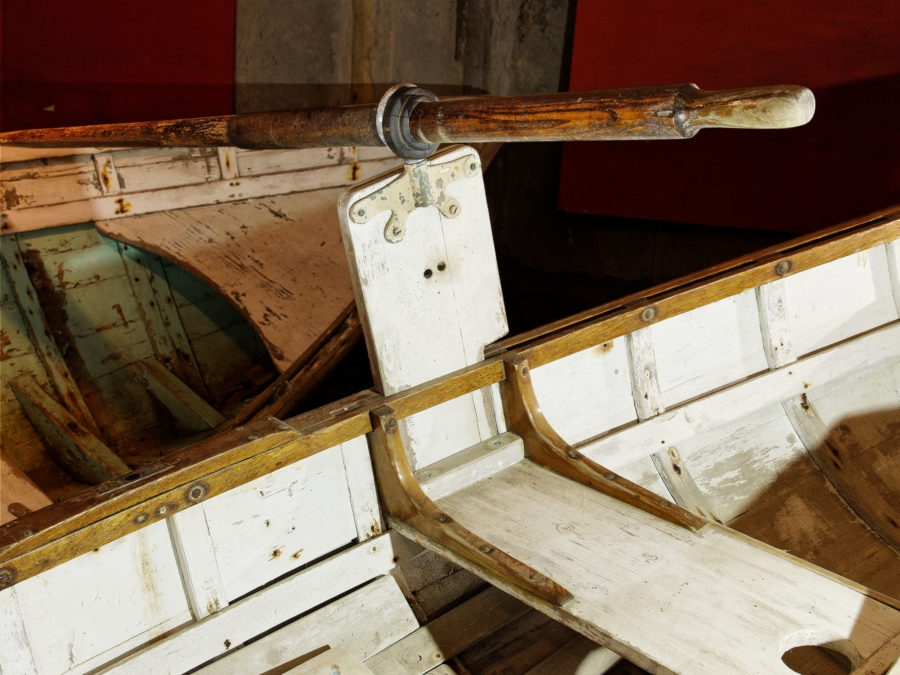 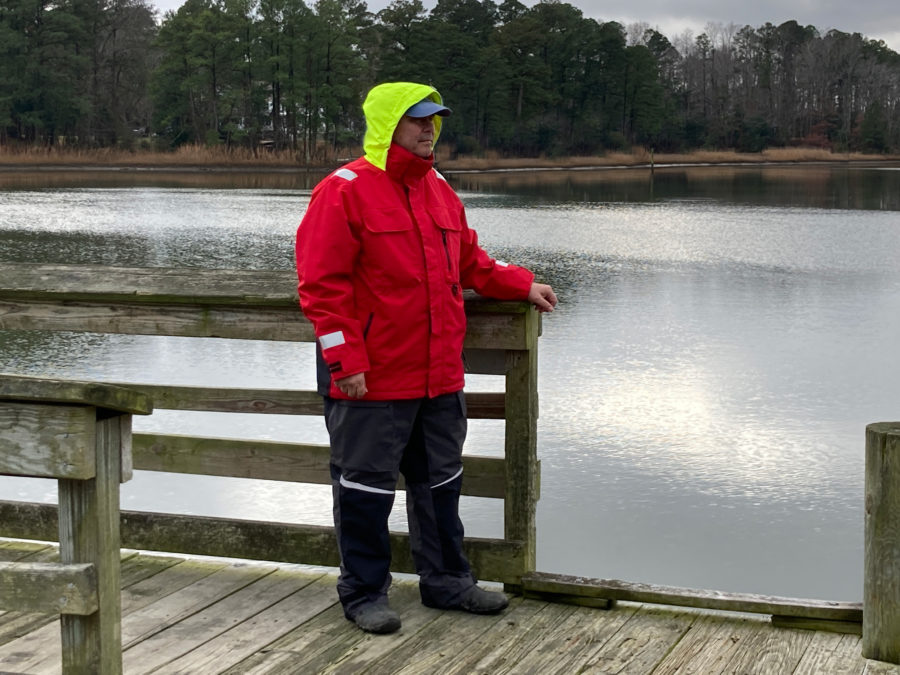