I first met Phil Thiel in 2009. My son Nate had just graduated from high school and was eager to build a boat, so we decided upon Phil’s 18′6″ Escargot canal boat. We paid a visit to him at his home, only a half dozen miles from ours, and he led us to his basement shop where he had his stock of plans, all stored in cardboard tubes. Over that summer, I coached Nate and his friend Bobby through the build and kept Phil up to date with the progress.

I continued to keep in touch with him after BONZO, a slightly modified Escargot, was launched in October. Phil was ill, with no hope of recovery, so I visited with increasing frequency, offering to help in any way I could; I had several of his plans sets scanned so they’d more easily made available. I had lost my father suddenly the year before, so I knew how important my remaining time with Phil would be. When I was offered this job, working with WoodenBoat as the editor of Small Boats Monthly, I knew how happy that my father would have been for me, but he was gone. I told Phil, and I got the smile I needed from him.

I was with Phil, his family, and a few friends when he passed away on the evening of May 10, 2014. Since then I have had the privilege of visiting Phil’s shop and have kept in touch with his family—wife Midori and children Kenji, Tamiko, and Kiko. It is with their kindness that I can share a few glimpses of my absent friend. 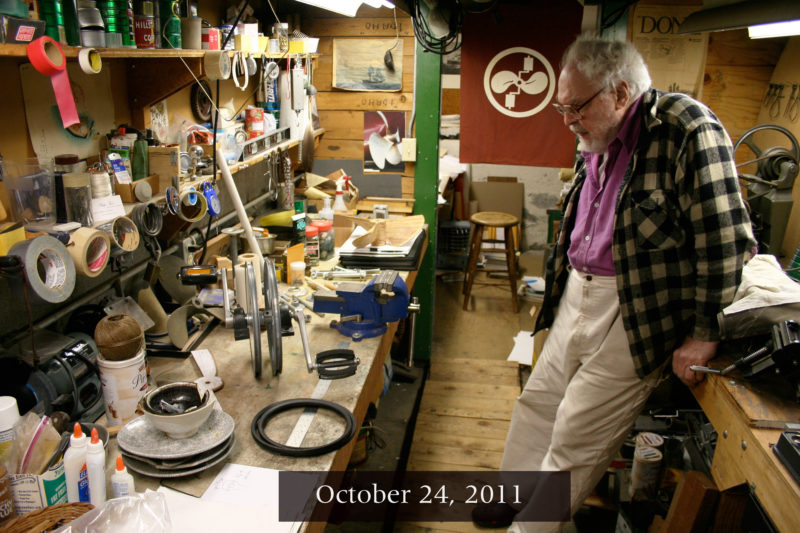 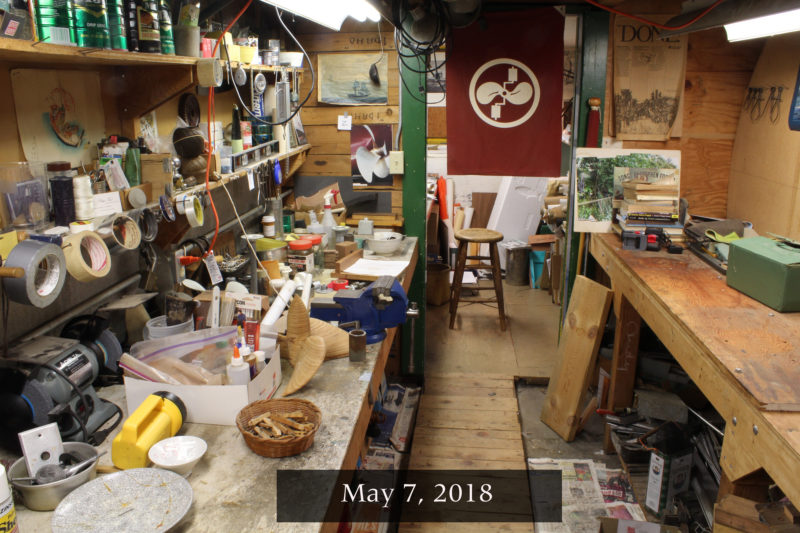 The 4-mile row to the north end of Calvert Island brought me to Hakai Pass, its waters rising and falling with the ocean swell as gently as the chest of…

The pot is a 1-liter aluminum cylinder with nonstick coating and a base that connects it to the burner. It has a neoprene insulating sleeve to retain heat and a…

I have a shelf in the corner of my shop where I pile my collection of tape measures. They frequently fall off the shelf, and this past week I got…