"Not because they are easy" - Small Boats Magazine
From The Editor

President John F. Kennedy made a speech in Houston, Texas, at Rice University on September 12, 1962. I was only nine years old at the time, but one part of that speech eventually reached me and stayed with me, as it has for most Americans:

The president’s declaration led to Neil Armstrong, less than seven years later, making the first footprint on the lunar surface. And getting to that point was hard, even for a nation with almost unlimited resources. As individuals, we set goals for ourselves that are more modest than going to the moon, but those that are the hardest for us to achieve, no less “measure the best of our energies and skills.”

In this issue, Isabelle Heker tells us of the daunting task she took on of building a Greenland kayak in spite of her lack of skills, tools, and materials and in spite of the doubts cast by those closest to her. Dave Gibson, also in this issue, built a plywood kayak and confessed that after looking at the instructions, “I had not even started,” he said, “and I was buffaloed.”

I was also intimidated by the steep front face of the learning curve I had chosen to scale when I first started building boats. I read lots of books, gathered up the tools I thought I’d need, and made a start. I got as far as stetting the frames on the bottom of the dory skiff that was my first real boatbuilding project. A batten sprung around them showed the frames weren’t all making contact along that batten’s fair curve. I spent a week, maybe two, checking offsets, studying the lofting, measuring the frame, searching for the numbers that were causing the problem. I couldn’t find them, gave up on that approach, and decided that the only solution was to take my direction from the batten and build the boat.

Building that 14′ skiff was the most difficult thing I had done to that point. In spite of the challenges, the mistakes, and the disappointments, I often stepped back from the work, nestled in the pile of redolent oak and cedar shavings I’d swept into the corner of my makeshift shop, and gazed at the boat in wonder. The feeling of “I did that” wouldn’t have been as rewarding if the project had been quick, easy, and without suffering.

I thought the repairs I had to make to the kayak I had allowed to fly off my roof racks would have been easy. I’d made repairs before, after it had arrived seriously damaged after being air-freighted from Denmark. The new fix the aft deck required was easy, a repeat of the repair to the foredeck I’d done years earlier. But addressing the damage to the skeg and the crack in the aft half of the hull had me a bit “buffaloed” and took a lot of thinking before I could continue the work.

I had to create some new tools and new ways of using existing tools as well as invent methods for working on damage I could access from just one side. I complained to Rachel that I was having to find solutions to problems I’d never encounter again. That missed the point. The value of the exercise was not in a solution I’d never need again, but in being determined to solve a problem I’d never encountered before.

If I had taken up woodworking because I had wanted it to be easy, I would have stuck to projects that involved only straight lines and right angles. I wouldn’t have started building boats with the struggles posed by their curves and compound bevels. With each boat I built after the dory skiff, I took on more complex builds that would pose new problems to solve, knowing full well that they would at times frustrate and even annoy me, but knowing just as well that the level of satisfaction would rise with each elevation of the difficulty. To put it Kennedy’s way, the challenges would serve to organize and measure the best of my energies and skills.

In that 1962 speech, President Kennedy also said this: “We set sail on this new sea because there is new knowledge to be gained.” It’s no surprise that his metaphor was about boats.

I greatly appreciated all of the comments sent by readers who could empathize with my story about forgetting to tying my Struer kayak to the roof racks and the damage it suffered falling onto the pavement. I finished the repairs recently and, after a two-month hiatus, got it back on the water. Here is a review of the damage:

And here is what it took to make the kayak seaworthy again:

And here are the results, with a fresh coat of varnish:

The president’s declaration led to Neil Armstrong making the first footprint on the lunar surface less than seven years later. And getting to that point was hard, even for a… 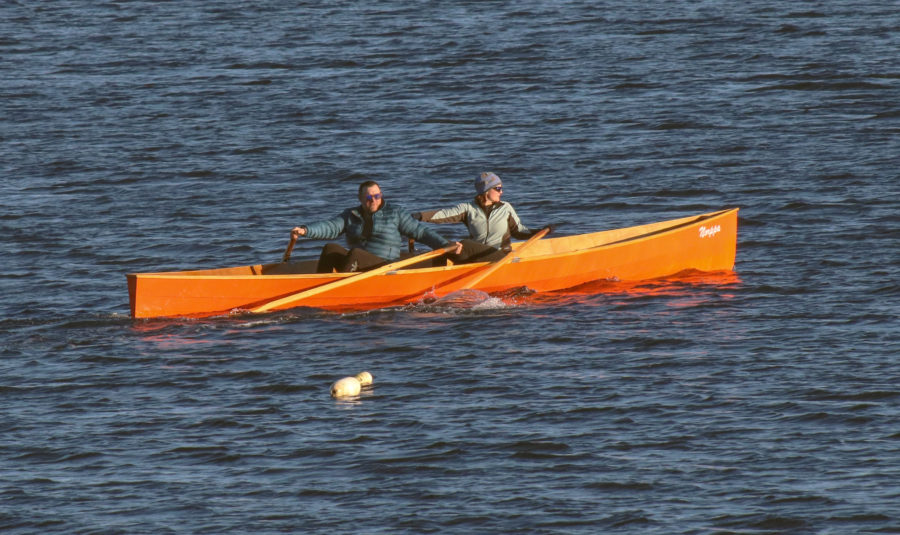 Designed to be light, the Savo 650D’s keelson, gunwales, and frames are made of pine or spruce. The fully equipped boat weighs in at just over 100 lbs. The length… 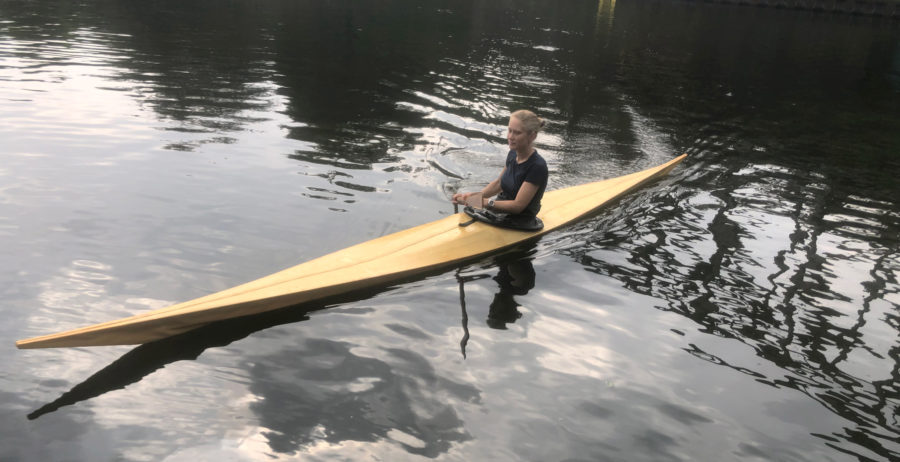 Don’t Tell Me I Can’t

“A little too big” came back to me as I stood in a lumberyard collecting the first of the materials for building a Greenland skin-on-frame kayak, but the echoes of… 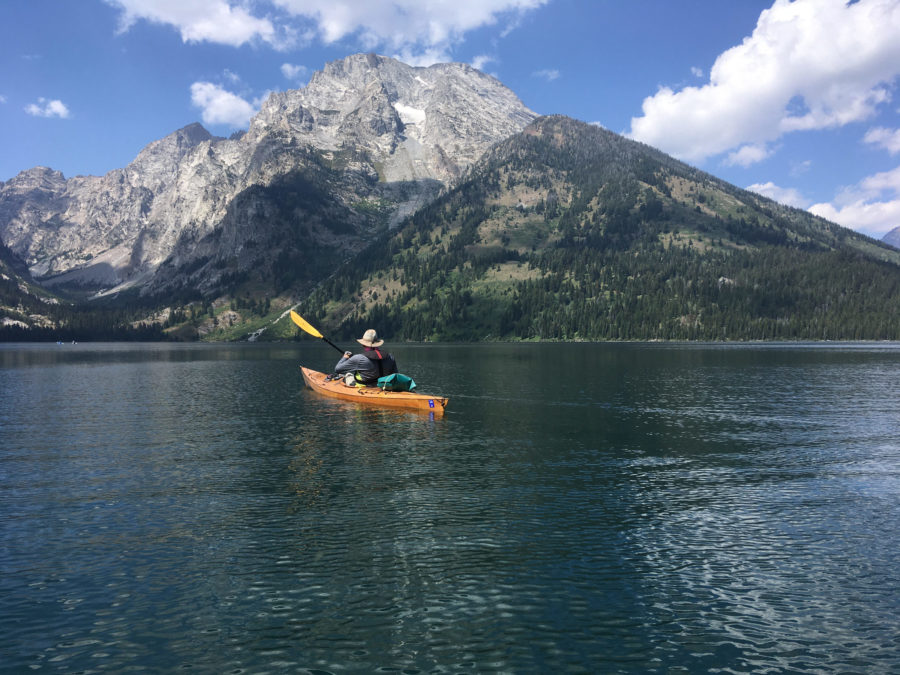 Two years after being given the kit, Dave was ready to start and pulled the plywood pieces out of the box they’d been shipped in. The visions of his dream…