I hated giving up on my Makita cordless drill after it had served me so well for over 25 years. I bought it in 1989 when I was doing exhibit installations in museums, and it quickly became the most frequently used tool in my home shop. I’ve used other cordless drills but always preferred the Makita because its batteries were housed in the grip, rather than in a clunky box clipped on the end. My trusty Makita was bright blue when I bought it; it’s now brown, covered with epoxy after countless boatbuilding projects. It never stopped working, but the batteries for it eventually became obsolete and too expensive to replace.

I was reluctant to put my trust in a new and different cordless drill, but I switched brands and bought a Milwaukee cordless 3/8″ M12 drill/driver (as a kit, Model 2407-22). The grip is ergonomically designed and as pleasant to hold as the beautifully sculpted handles on my ancient Disston handsaws. It wraps around the web between my thumb and index finger and fills the hollow of my palm. The forward-and-reverse switch is located right between thumb and forefinger and operable without shifting my hand. On the top of the M12 there’s a switch with two settings: 1 for high-torque and 2 for high-speed. The variable-speed trigger is quite sensitive, especially in the high-torque mode, so I can easily line up driver bits with the slots in screw heads; there’s a 20-step clutch that prevents tearing up screw heads and spinning screws in soft wood. The chuck is keyless and provides a tight non-slip grip even on round drill bits.

The Milwaukee’s 12-volt lithium-ion battery is so small that it extends just 1/2″ below my hand when it’s plugged into the grip. You’d hardly know it was there. In spite of its compact size, the battery has enough oomph to deliver 275 inch-pounds of torque, almost three times the 104 inch-pounds of my Makita. The M12 will push a 1 3/8″ Forstner bit through pine or a slightly dull 7/8″ Forstner through locust. It can also drive a 4″ exterior screw all the way into a 4×4 and bury its head without hesitation.

The battery is rated at 1.5 amp-hours, whatever that means. To put amp-hours into terms I could understand, I drilled some 3/8″ holes through 1 1/2″ Douglas-fir using the high-speed setting. I did 151 holes, one right after the other, before the fully charged battery pooped out. With the drill switched to high-torque and the drill’s second battery ready to go, I then drove a 1 5/8″ square-drive stainless-steel deck screw through a 2×4 and backed it out 143 times before that battery ran out. The charger included with the kit brought the batteries back up to full charge in less than 35 minutes, much less time than it takes me to deplete one in ordinary use.

The drill has some nice bells and whistles. There’s a built-in LED headlight to illuminate the work. The chuck casts a shadow, but any drill or driver bit longer than 2″ will have illumination at its tip. The light goes on when you pull the trigger partway, stays on while the drill is running, and turns itself off 10 seconds after the trigger is released. There’s an audible tone that sounds after the light goes on and just before the motor begins to turn, not a bad idea if you need to get a bit properly set in a straight-slotted, easily damaged brass screw before driving it. There are four red lights on the left side of the drill that indicate the level of charge remaining in the battery. And the drill is balanced so it will stand up on the flat end of the battery. While it’s not as steady as a cordless drill with its feet cemented into a bulky battery box, I thought it was a good indication that the Milwaukee designers thought of everything. The Milwaukee drill/driver’s light weight and compact size belie its power and endurance, and make it well suited to working in the narrow angles and tight spaces of small boats and to taking on bigger jobs around the house.

Milwaukee tools are widely available at hardware and home-improvement stores. The company web site provides a finder for stores and online vendors. 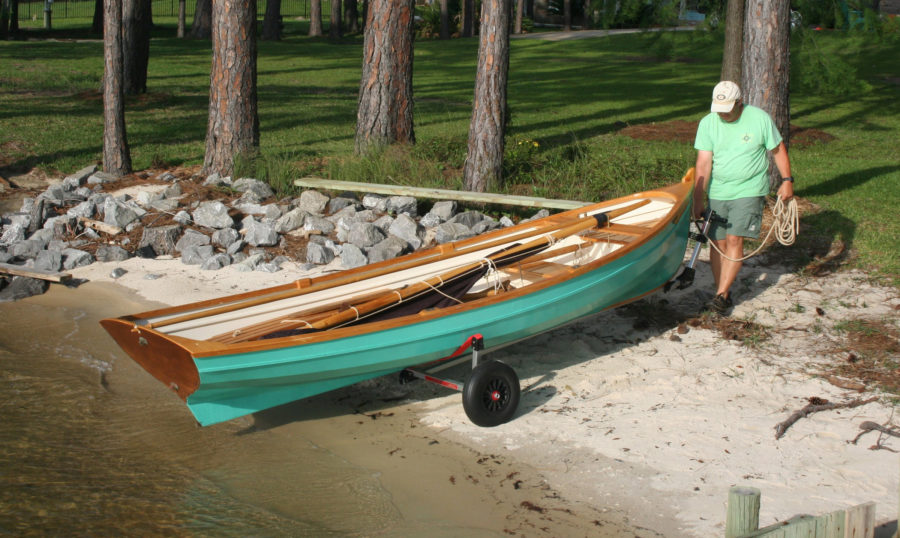