Making itself useful since 1901

I first used a Versa Vise in 1988 when I was working for the Smithsonian Institution, making mounts for art objects in the National Museum of African Art. Those brass armatures could be very complex with very odd shapes, and the Versa Vise had a nearly unlimited range of motion to accommodate working on them. I liked the vise so much that I soon bought one for my own shop.

The jaws of the vise open to 4-7/8″ and have smooth, flat faces 3-1/2″ wide and 2-1/4″ high. With that wide area of contact and the absence of knurling common to the jaws of other vises, the Versa Vise won’t mar wood or metal. On the body of the vise, behind the fixed jaw, there is a 1-3/4″ square anvil surface. I do light work on it and leave the heavy hitting for some big slabs of steel that can take no end of abuse. The vise sits on a base with three legs and a 1-1/2″-diameter post and can swivel freely around it. There are two matching 1-1/2″ holes in the vise, one on the bottom to hold it in a normal upright position and the other on the side for a horizontal orientation.

I recently purchased the Versa Vise swivel adapter. It’s an aluminum cylinder that attaches horizontally to the vise base and locks with a T-handle screw. The Versa Vise then slips over the other end of the adapter for a new range of motion, tilting front to back. Newer models of the vise have a threaded hole in the vise for locking on to the adapter. My vise, without that hole, locks on the adapter when the jaws are tightened. I’ll likely drill and tap the hole so the vise will stay put when I open the jaws. The new models also have a pair of holes in each jaw sized to take screws to hold wood faces in place.

If there is no pressure on the vise jaws, the vise easily slips on and off the post, so it’s easy to change its position or remove it if it’s in the way of a project on the workbench.

When the handle is turned and the jaws are squeezed on something, the movable jaw pivots slightly around the barrel nut for the screw and the bottom of that jaw presses on a “dog,” a little rocker that then presses on the base’s post. That prevents the vise from pivoting. The tolerances are close enough that there is no perceptible shift of the moveable jaw as it presses down against the dog.

I use my Versa Vise for working brass, bronze, steel, and wood. Set horizontally, it will hold a board on edge on the benchtop for planning, a sheet of plywood on edge on the floor. If I need to use my chopsaw on the workbench, I can quickly slip the vise off its post to get it out of the way.

In the Versa Vise’s long history, it has been through several different manufacturers and a few changes, some not for the better. Harry Bryan (who wrote about small-boat seating in our January 2015 issue) reviewed the Versa Vise for WoodenBoat in 1996. He had purchased a Versa Vise in 1971 and liked it so much that he bought four more for his kids, and then 10 more that he sold to his friends. Later, he purchased one in 1995 and received one in 1996 for the WoodenBoat review. All of the vises were made by Gaydash Industries of Uniontown, Ohio, but the two newer models didn’t grip the base’s post as firmly and would pivot when they shouldn’t. The older vises had round knobs on the ends of the handle while the newer had the ends pressed flat and flared, and the screw’s barrel nut showed scoring from sawing instead of being tooled smooth. In the review, Harry wasn’t able to recommend the newer Versa Vise as it arrived from the manufacturer, but he offered instructions for tuning it up to work as well as the older model that he liked so well. “You should not have had to do the work,” he noted, “but the result is you have ready for a lifetime of use the best all-around woodworking vise I know of.”

My vise has the pressed ends on the handle and the saw scoring on the screw nut—indications that it was a version that didn’t perform as well as its predecessors—but I haven’t had trouble with the vise pivoting. I haven’t done any measurements, I just tighten the vise until it doesn’t pivot. It’s important to tune the jaws to meet parallel, favoring the first contact at the top of the jaws. The screw in the dog makes that adjustment. The higher up the jaws apply pressure, the tighter the dog presses against the post, eliminating unwanted rotation of the vise.

The Versa Vise is now being manufactured by Jon-Mar Gear and Machine of Canal Fulton, Ohio. It has the rounded knobs on the handle and the smooth tooling. I got a bit of the history behind the vise from Larry Murgatroyd, the company’s owner. For 18 years he had worked for the Wil-Burt Company, where the vises were made prior to manufacturing by Gaydash. While Jerry purchased the equipment that was used to make the vises in the ’30s and ’40s, he uses CNC machinery to make parts faster and more precisely. He has made a number of improvements in the Versa Vise and elevated the level of durability and quality to meet or exceed the standards set by Wil-Burt.

The Versa Vise was invented by John R. Long of Springfield, Ohio, and was granted Patent #667,151 in 1901. While the patent has expired, the name, Versa Vise, is still a protected trademark. There are several knock-offs on the market under other names: caveat emptor.

Now, three decades after I bought my Versa Vise, it is still anchored to the corner of my workbench and I’ve never given a thought to replacing it.

The Versa Vise is manufactured and sold by Jon-Mar Gear and Machine for $79.95. The Swivel Base Adapter sells for $34.95. The company has a 90-day return policy.

anoeist Bill Burk, in an article linked to the Moccasin 14 page of the B&B Yacht Designs website, writes that he had built a Moccasin 12 and enjoyed it for...

In the morning we got our first look at the pirogue Ted had commissioned. The barefoot, barrel-chested boatbuilder was still whacking out chips with his adze. The boat, a six-man…

Whenever Henry came up with an idea for something to build, he’d tell his grandfather about it and at some point announce: “We need a blueprint, Grampy.” He would climb…

Feeling the chill often stars at the extremities: the feet, hands, and head. Protecting these areas from weather has been the mission of Sealskinz since the company’s founding in 1996.… 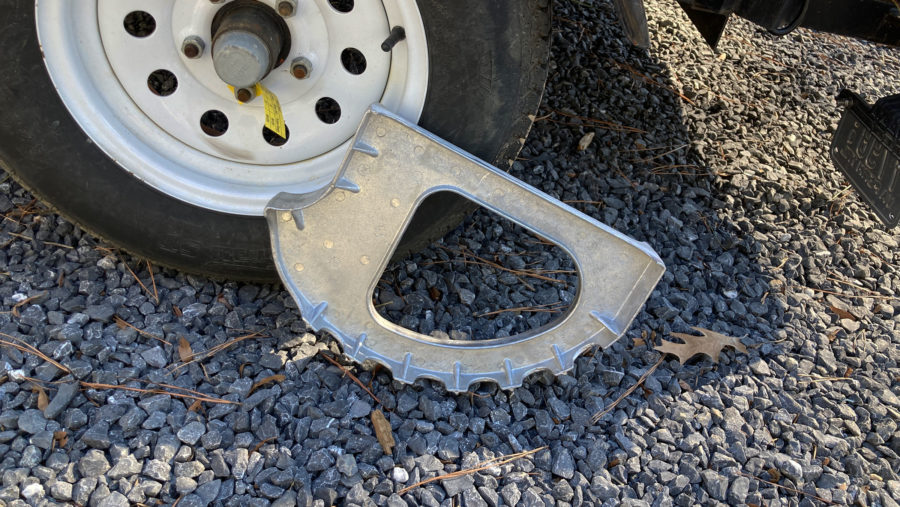 Mounting the comb closer to the rudder will increase the arc of positions it will hold the tiller in; farther away offers a more fine-grained control of where the tiller…