Topsails, Jibs, and Tarps - Small Boats Magazine
From The Editor

I was pleased to have Barry Long write an article on topsails. I get impatient in light air and I, too, like having more sails, either custom-made or cobbled-together ones, as much to get the boat moving as to have more things to fiddle with.

My 14′ Marblehead skiff started out with a sprit main and a jib and that was enough when there was a decent breeze, but sailing during the midsummer doldrums wasn’t much fun. I added a bowsprit and an outer jib and they helped a little, but if I was going to catch more wind, I needed to raise the rig. I added a topsail yard and a topsail much like the ones Barry writes about in his article in our December 2016 issue. I cut my topsail from a salvaged dinghy sail and used a club at the peak to gain a little extra sail area.

The topsail was a step in the right direction and it seemed to utilize breeze beyond the reach of my mainsail. But between the tip of the bowsprit and the top of the topsail yard there was room for one more sail, so I made a flying jib. That brought my little dory skiff up to five sails. I thought it looked great, even though I only ever saw the full suit of sails at the dock. Once I was aboard I couldn’t see the two new jibs. To trim them, I watched the sheets and took up slack until they stopped shaking.

My most versatile extra sail was a lightweight coated-nylon tarp that I sewed up to use as a boom tent for nights spent aboard the skiff. Downwind, I used the topsail yard as a sprit and set the tarp opposite the sprit mainsail. An oar served as a whisker pole. A few years later I used the tarp as a spinnaker aboard my sneakbox. A few bits of webbing I’d sewn along the hem allowed me to gather the top edge, giving the tarp a nice curved shape, albeit rather puckered. While sailing the coast of the Gulf of Mexico I picked up a 6′ 1×3 on the beach and used it as a spinnaker pole swing forward for a long broad reach.

The same tarp came in handy aboard my Gokstad faering when there was too much wind to set the square sail oar not enough wind to make satisfactory progress. The last time my tarp was used as a sail was on Lake Ozette on Washington State’s Olympic peninsula. I had paddled with a group of eight kayakers to an island on the lake’s south end. In the morning we had the wind at our backs for the return trip. We rafted up and two kayakers held their paddles upright as masts. There was enough wind that we needed backstays tied to their paddle blades. We were going so fast that one of the kayaks on the outside of the raft got peeled off and he had to sprint hard to catch us, so I guessed we were doing over 6 knots.

I added a mizzen staysail to my Caledonia yawl and discovered I could raise a square sail alongside my cruising garvey’s sprit main and double the area for running downwind. Neither of those boats has a topsail. Not yet.

I found a photo of my dory skiff with its fifth sail, a jib topsail. 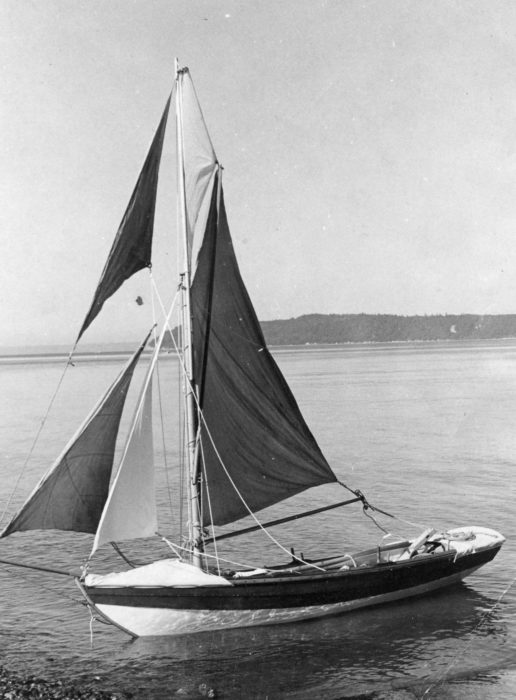 One thought on “Topsails, Jibs, and Tarps” 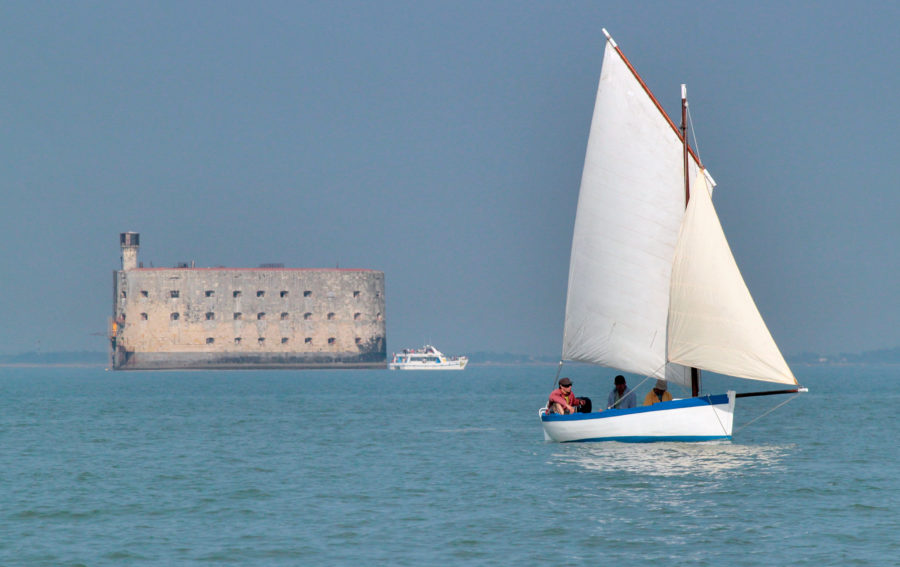 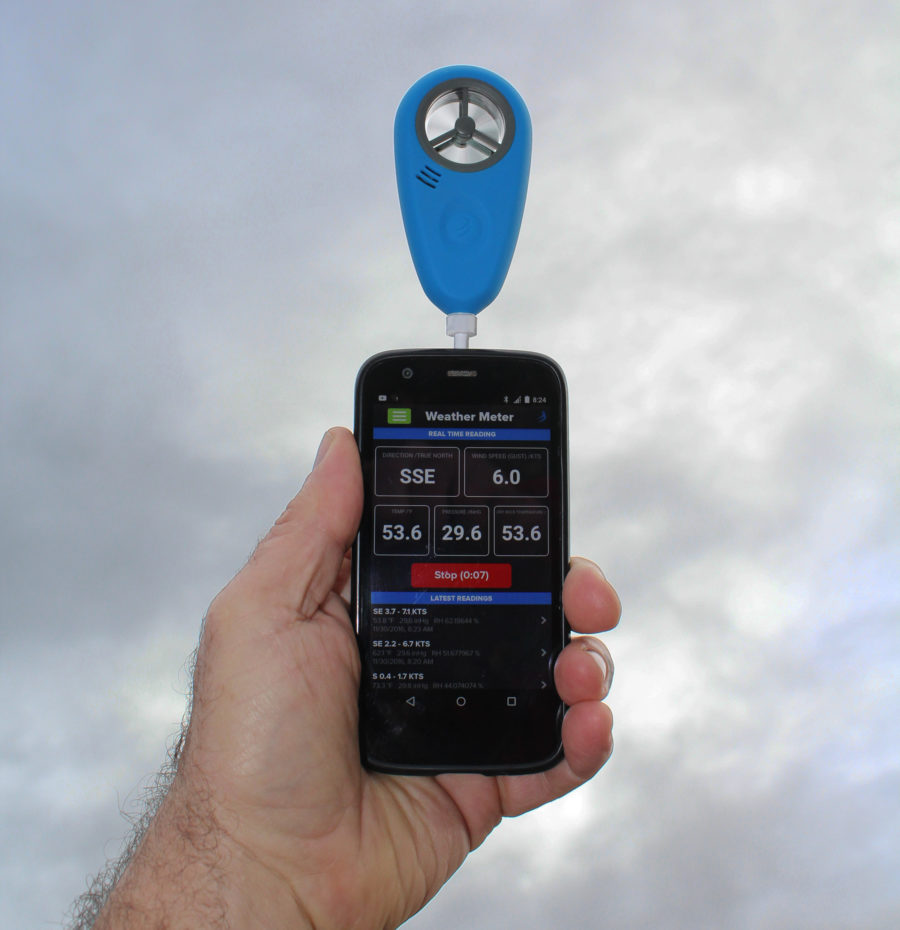 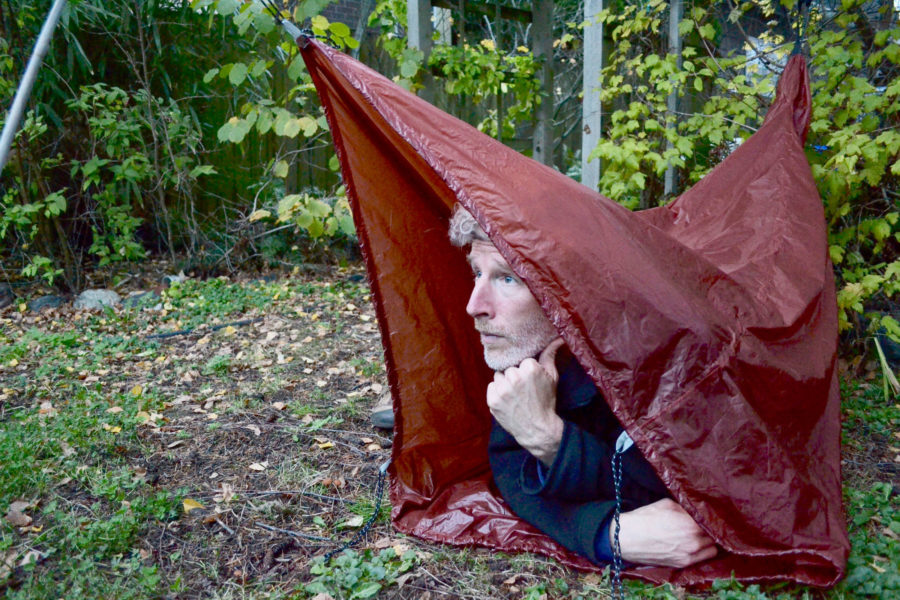 The shapes moving across the surface could hardly be called waves. There were no discernible patterns, only random mounds and hollows that changed so quickly that the water couldn’t keep…