StopLossBags provide a unique solution to a common problem. We’ve all been there. You’ve got a little bit of wear in your varnished rubrail, and it just needs to be touched up to keep it Bristol. You grab that can of varnish you know is at least half full, but you discover that it has skimmed over with a hardened amber-colored hockey puck on top. You then spend the next half hour straining what’s left of the still-liquid contents out into a new container. The quick touch-up has turned into a messy project and much of that expensive varnish has been lost.

StopLossBags are collapsible 1-liter (1.05-quart) bags that eliminate the open space, and therefore, exposure to air, which triggers curing in paint and varnish. The top of the bag has a spout with a twist-on cap. The bags are especially handy when you need only a small amount of finish. You can quickly pour out the exact amount you’ll use without fussing with a crusty lid and having the contents dribble all over the can.

I tested the bags with Interlux Brightside Polyurethane Topside Paint and Epifanes Varnish. The collapsible, reusable funnel available with the StopLossBags simplifies transfer between a standard quart can and the bag. The rubbery funnel’s wide end stretches around the open end of the can, creating a secure seal, and its nozzle then connects around the spout of the StopLossBag. Flip the can upside down while holding the bag, and the contents transfer without the mess you’re likely to make pouring from the open can into a rigid funnel. In testing, varnish easily transferred into the bag; I had a little more trouble transferring paint. It was a little too thick to easily flow into the spout. Pumping the funnel helped coax it along.

After the material flowed into the bag, I disconnected the funnel and squeezed the air from the bag per the instructions before sealing it with the twist-on cap. For cleanup, I let the funnel dry, then peeled off the dried film the next day. I used a little denatured alcohol on a rag to wipe off some residual flakes.

StopLossBags have a labeling area on one side so you can record what you put in it and when it was transferred. A Sharpie pen writes well on the plastic surface. The bags are stiff enough to stand up on their own, which makes them store neatly on the shelf.

At the Center for Wooden Boats, we often have multiple varnish projects going on simultaneously, and these bags organize mixes of various ratios of varnish to thinner for quick use. The bags have the added benefit of easily allowing small amounts of finish to be dispensed. Even the slow-flowing paint was easy to dispense by squeezing the bag.

On each bag is printed: “Not for use with finishes containing acetone, benzene, lacquer thinner, MEK, toluene, or xylene.” However, Interprime Wood Sealer (Interlux 1026) is a popular product containing xylene and is notorious for quickly skimming over. The StopLossBag’s manufacturer had reported that lacquer thinner and acetone have led to a softening of the bag’s plastic laminate, but when we asked about xylene they said they hadn’t specifically tested it, so we gave it a try by filling a bag with straight xylene. After a few weeks the StopLossBag was holding up perfectly with no signs of softening. Maybe now we’ll be able to use a whole can of the sealer without having a good portion of it turn gummy. The bags can be reused after cleaning. I had good results filling them with some denatured alcohol and swishing it around the bag. The alcohol can also be used to erase the Sharpie pen for relabelling.

I’ve tried an argon-gas product meant to prevent skinning, but had little success with it. Some folks on the web suggest using a circle of waxed paper to prevent skimming, but that seems like a messy solution to me. The StopLossBags are a tidy, effective way to store different types of finishes that are going to be used over a prolonged period. The cost of the bags is easily recouped when good finish is prevented from skinning over.

Josh Anderson attended the Apprenticeshop boatbuilding program in Rockland Maine, and has since worked at several boatbuilding and carpentry shops. He and his wife, Sarah, restored a 25′ Friendship Sloop, operated a charter business with it, and spent several years sailing the Maine coast. Josh has a Masters in Maritime Management from Maine Maritime Academy and is now the Lead Boatwright at the Center for Wooden Boats in Seattle, Washington.

StopLossBags are available from the manufacturer and from Duckworks. Prices vary with single bags priced at $4.95 and sets of bags reducing the cost to $2.75 apiece. The funnel is priced at $5.98 and $7.95, depending on the vendor. 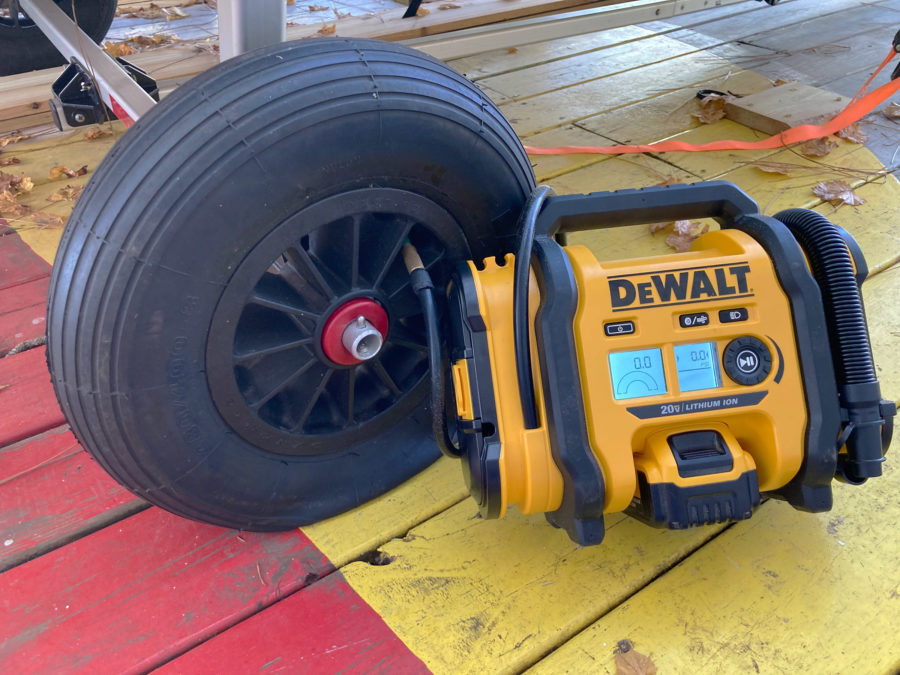 Feeling the chill often stars at the extremities: the feet, hands, and head. Protecting these areas from weather has been the mission of Sealskinz since the company’s founding in 1996.…

Red Devil and Hyde still make reliable and durable hook scrapers. The 1″ version from either brand has a blade with a single edge. Hyde’s 1-1/2″ scraper also has a…