I've got a not-so-peaceful, uneasy feelin' - Small Boats Magazine
From The Editor

I often get an almost irresistible lure to spend a night in a tranquil, protected anchorage under a starry sky, but sometimes, when I get the feeling that something’s not quite right as I’m getting ready to head out, I’ve learned the hard way to take heed. I didn’t get out on the weekend cruise of the Everett sloughs that I write about in this issue on my first try. I had launched at Marysville ramp two weeks earlier. I had packed for a three-day outing, but I hadn’t been able to leave home as early as I had planned and got underway on the slough late in the day. I had about three hours of daylight left, enough time to make my way upstream to one of the anchorages I had picked out after poring over satellite photos of the area. I had packed the boat in a hurry and was tidying the cockpit even as I was negotiating the bends in the slough. I had my head down for a few seconds too many, and when I looked up I saw the boat was fast approaching the muddy bank to starboard. I yanked hard on the tiller and it split where it wrapped around the rudder head. I brought the rudder aboard and kept going, steering with the outboard.

I had with me all I needed to make a solid repair to the rudder, and normally the incident would just make for a good story. But while I usually relax after I get afloat and take mishaps like that in good spirits, that wasn’t happening this time. I was uneasy about the falling tide, and after breaking the tiller, I was not in the mood for any more of the unexpected. A mere 2-1/2 miles from the ramp I turned around and headed home.

The feeling that led to me to turn tail was not new to me; I had just learned to give it the attention it deserved. Many years ago, I had set out to go kayaking, alone, on Puget Sound while there was a strong southwesterly blowing. The conditions were perfect for some exciting paddling and downwind surfing. I’d gone out many times in the same conditions, always thoroughly enjoyed them, and came back elated. This one time I was feeling a bit off as I paddled the mile and a half in the lee of West Point, just north of downtown Seattle. As I drew near the end of the point I could see the waves tumbling by just beyond the lighthouse. The conditions were perfect.

I paddled close to shore to get ready. I was in a kayak that I was paddling for the first time and taking notes about it in a waterproof notebook that I kept tucked inside my PFD. The pencil I’d tucked under the bungees on the foredeck had disappeared, but I had a spare stashed behind my seat. I opened the spray skirt and fished around for it but couldn’t find it. I scooted out of the cockpit, to sit on the aft deck to get a clear shot at the cockpit. I was quite accustomed to doing that while afloat, but I was feeling impatient and annoyed. I know now to regard that as a red flag, especially when I’m embarking on a solo outing.

When I shifted my weight aft, the stern went under. This kayak had exceptionally fine ends and could only adequately support me when I was in the seat. I grabbed the pencil as water began to pour into the cockpit. That was just another nuisance. I was wearing my dry suit and it wasn’t a problem getting wet, so I slipped into the water, made my way to the bow and flipped the kayak, pouring the water out. It was only I after I returned to the cockpit to get back aboard that I took notice of where I was. The mood I was in had put blinders on me and I hadn’t noticed that I was drifting rapidly away from shore. I’d soon lose the protection of the lee and have to work against wind and waves to get back aboard.

There was a mooring buoy with a workboat a few boat lengths off the bow and slightly downwind. I took hold of the kayak’s bow toggle and swam toward the buoy, which I drifted past but was just able to reach the boat’s bowline. If I’d missed that, there wasn’t anything else I could grab onto keep from drifting out into open water. I stayed in the water with one hand on the line, the other on the toggle, and, for the first time that afternoon, shook off the myopia and took stock of my situation. With my head cleared, I got aboard the kayak, paddled back into the lee, and went home.

Since then, I have paid more attention to my inchoate misgivings. There have been times that I’ve suited up, packed up, driven to the ramp, and even launched the boat, but turned around without leaving the dock. If I’m feeling something is not right, I’d rather deal with that on the way home from an outing cut short than on the way out where turning around is not so easy.

When I launched the boat the second time, for the trip you can read about in this issue, I knew that there could well be gear I’d left behind and some things might not go as I had planned, but I was in the right state of mind and up to working through whatever problems I would encounter. 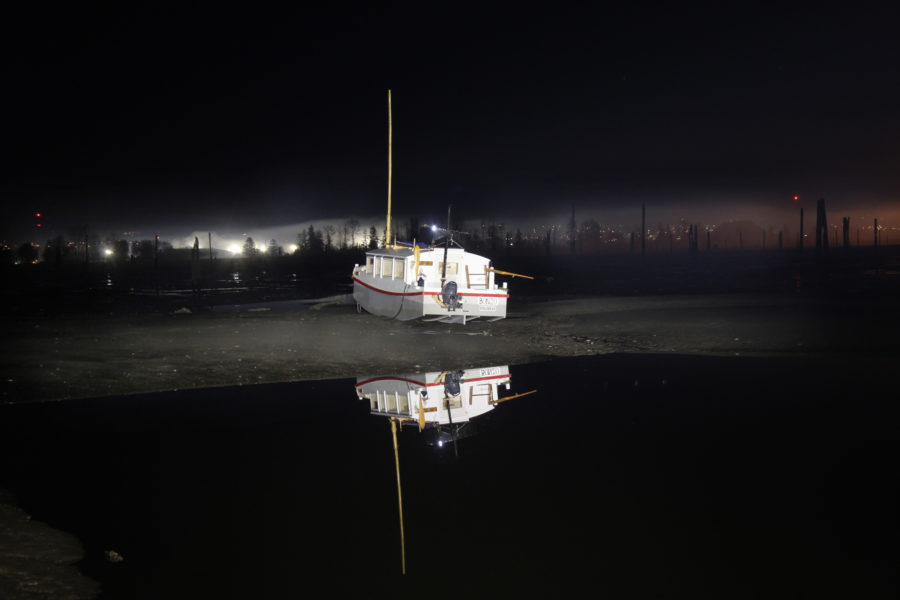