I’ve been using the same anchor for about 45 years, and I had never given much thought to more recent models until I saw the Mantus dinghy anchor. Its shank and fluke can be separated to make it a more compact bundle for storing, and it has a point so sharp that it needs a guard to keep it from getting into mischief.

Mantus came on the scene in 2012, and the company web site notes this smallest version of their anchors is “designed to be used as a kayak anchor or a dinghy anchor. This anchor weighs only 2 lbs and is recommended for boats to 16′.” Mantus has a sizing chart for their anchors and there the dinghy anchor is designated as suitable as a lunch hook for boats up to 16′ and 1,000 lbs. Their lunch-hook category is defined as use in “expected winds under 25 knots.” In a well-protected anchorage, the dinghy anchor should be able to keep you secure for overnight stays.

I pitted the Mantus against two heavier anchors: a 4-lb Bruce and my old 4-1/2 lb Danforth. While the Mantus is listed as a 2-lb anchor, my scale had it at 2 1/2 lbs. I measured the area of the Mantus fluke at 21.25 square inches, significantly smaller than the Danforth’s flukes at 35.5 square inches.

In the wet sand uncovered by a low tide, the Bruce anchor behaved more like a plow than an anchor; it clawed a furrow for as long as I pulled it. The Danforth’s points dug in quickly and it buried itself, as much by heaping sand up over itself as by digging deep. The Mantus dove into the sand and buried itself by going deep under the surface. Both the Mantus and the Danforth travelled about 5′ when they stopped cold. (Tested underwater, the anchors traveled farther in sand before stopping. In a measurement I made at home a 20.8-oz beach rock weighed only 14.3 ounces when suspended in water. The weight of sand underwater must be similarly reduced by the amount of water the sand displaces, perhaps by 30%, and would offer less resistance to and anchor.)

None of the anchors could get a purchase on a rocky stretch of the intertidal. The Bruce skipped merrily over everything. The Danforth and the Mantus would occasionally catch hold, but neither could get deep enough in rocks averaging 2″ to 3″ in diameter to stay put. The Mantus had a slight edge over the Danforth: It never flipped, caught more often, and offered more resistance when it did. To be fair, this area of rocks would be poor holding ground for any anchor a small boat might carry. I returned to the beach with my old fisherman’s anchor. It is 34″ long, spans 20″ between the tips of the flukes, and weighs 19 1/2 lbs. It was harder to drag across the same rocky area, but drag it did. It couldn’t bury its fluke more than about 3″. (Its performance on wet sand was erratic; more often that not it dragged a fluke rather than bury it.)

I didn’t have a bed of slippery seaweed for trials so I used four layers of 4-mil plastic sheeting, secured at one end to keep them from sliding. The blunt-tipped Bruce and Danforth, as I expected, skated right across, but the Mantus, with its sharp point, poked right through, tore a hole, and dug into the ground. I suspect it could dispatch kelp with equal ease.

Mantus has a one-piece version of the dinghy anchor in galvanized steel with the shank and fluke welded together. Both versions come as a kit with a 50′ length of 5/16″ double-braid line that has a stainless-steel thimble spliced in one end, and a heavy-duty, roll-top bag. The bag is built like a dry bag but it has five grommets to let the water collected by the rode drain out.

I was impressed by how well the Mantus measured up, especially in comparison to my larger and heavier Danforth and even my big fisherman. The dinghy anchor’s sharp point and effective geometry give it a very big bite for its size.

Mantus Anchors offers the two-piece stainless steel Dinghy anchor kit for $197 online and through worldwide retailers. The kit with one-piece galvanized steel version is priced at $75. 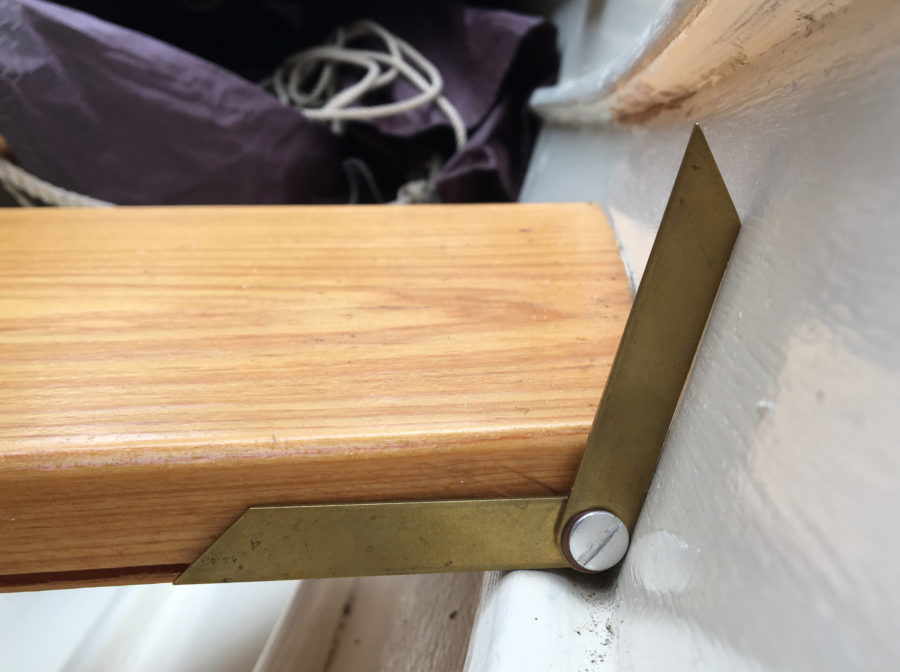