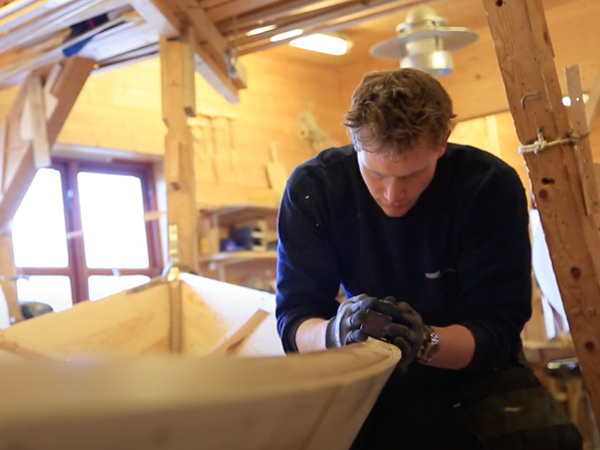 Vidar Langeland, a Norwegian photographer, sent us a note about a 20-year-old boatbuilding non-profit he recently joined. The Oselvarverkstaden—The Oselvar Workshop—seeks to preserve traditional Norwegian boatbuilding skills by building new Oselvar boats and documenting and repairing old ones. The Oselvar design dates back at least 500 years and was used in the inland waters woven into the southwest coast of Norway and for a time were disassembled and packed for shipment to the Shetland and Orkney Islands. A few years ago, the Oselvar boat was named Norway’s national boat and the design serves as an icon of the country’s deeply rooted maritime tradition.

Vidar has filmed an informative video about the boats and the workshop. He wrote to us recently to let us know what he’s doing at The Olselvar Workshop, after he read Jaime Gallant’s piece about Ulf Mikalsen.