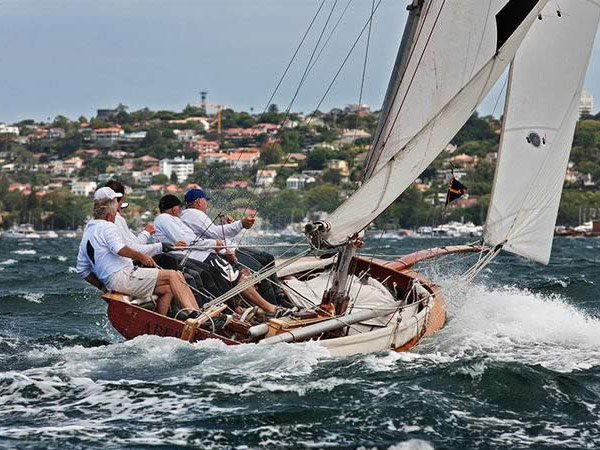 This just in from the news ticker:

The National Sailing Hall of Fame (NSHOF) announced that sailors from the Sydney Flying Squadron, Australia’s oldest open boat sailing club, will be visiting Annapolis on September 13-17, 2017 to participate in a race regatta featuring classic American Sandbaggers and historical Australian 18-Footers. The Squadron is shipping their own fleet of historical 18-foot skiffs from Australia to Annapolis specifically for this event. They will also race their boats in the 8th Annual Classic Wooden Sailboat Rendezvous & Race on September 16-17.

The historical 18-foot skiffs, considered by many to be the fastest class of sailing skiffs, began racing on Australia’s Sydney Harbor in 1892 and later in New Zealand. They’re called “Aussie 18s” by their owners.

The 18-Footers will be launching everyday at 10:30 a.m. from the Annapolis Sailing School and will be on display to the public at 11:00 a.m. on the mornings of September 13, 14, 15 and 16 at the National Sailing Fame docks. For complete schedule of events for the boats and their crew click here. 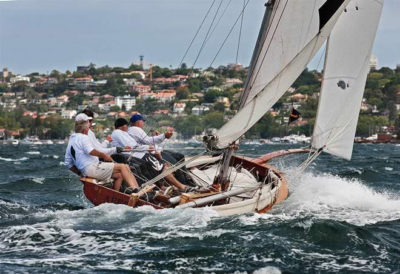 Skipper: John Winning
Original built: 1932
Modern build: 2000
Builder: Robert Tearne
Beam: 7′
When launched on the Brisbane River this revolutionary skiff was an instant success – Aust 18’ champion four years in a row from 1933 to 1937 (skipper Vic Vaughan). Revolutionary because she was a heel-less skiff type 18 footer with seven foot beam and a depth of only two feet. 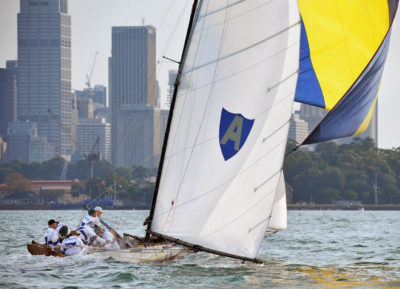 Skipper: Ian Smith
Original built: 1947
Modern build: 2001
Builder: Robert Tearne
Beam: 7′
Dedicated to and assisted by the Beashel family, who were famous 18-footer sailors. One of the key marks within Sydney Harbour is named the “Beashel Buoy“ and the name “Alruth” is a combination of Alf Beashel and his wife’s name Ruth. Their grandson, Colin, represented Australia in sailing and was Australian Team Captain and Flag Bearer at the 2004 Athens Olympic Games. 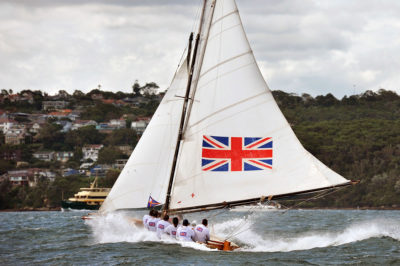