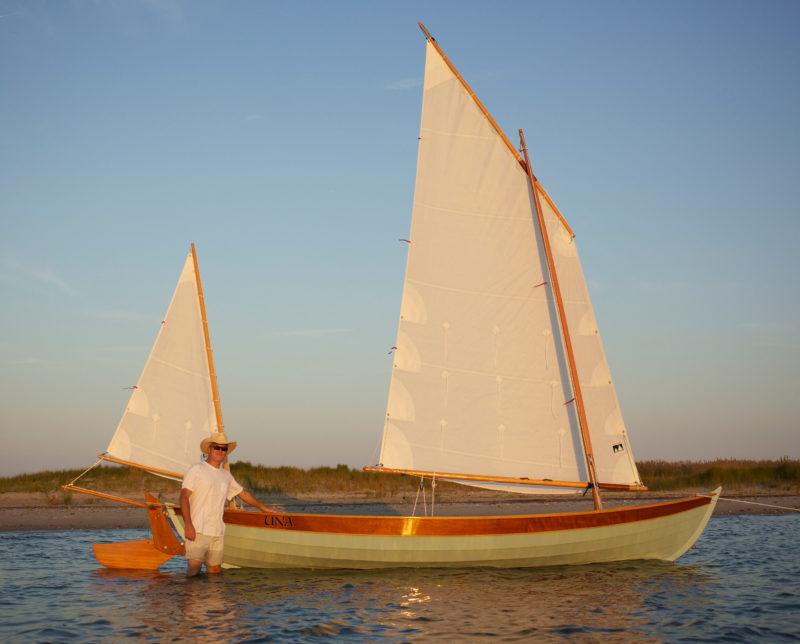 UNA is a double-ended yawl built by Eddie Breeden in his garage in Midlothian, Virginia. The project took him 10 months, and after he launched UNA in mid-July this year at Mattaponi River at West Point, Virginia, he was often asked: “How long did it take you to build it?” He’d logged his time so had a precise answer—567 hours—but he often felt the question was really “Where did you find the time?” He had an answer, of sorts, for that too: “How much television do you watch each week?” Average Americans watch between 24 and 50 hours of TV per week, so he has a good point: Not watching TV adds up to enough time in 10 months to build two or three boats like UNA.Iain Oughtred estimates 600 hours for building his Sooty Tern design, the most recent development in a line of sail/oar faerings that includes the Ness yawl, Caledonia yawl, Whilly Tern, Tirrik, and Arctic Tern. These designs have options for sloop or yawl, gunter or lug rigs; UNA carries a balance-lug main and Bermudan mizzen.