In 2004, my kids, then 14 and 11, and I decided a Caledonia yawl was the boat we needed for cruising. While I was building the hull I revised the plans to make the interior as comfortable as possible for them. 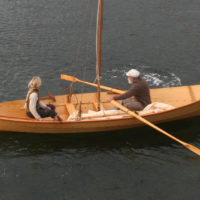 Jay Smith earned a bachelor’s degree in Philosophy and English but realized the life of a man of letters was not his calling. He left North Dakota and moved to Norway, the land of his ancestors, and apprenticed himself to a master boatbuilder. 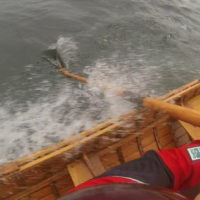 An unusual use for a centerboard

Ready about? Centerboards and tacking aren’t just for sailing. If you’re rowing against a strong wind, dropping the board and taking a ziz-zag course may be easier than fighting your way straight upwind. 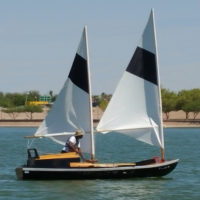 A Boat on a Budget

Nate Morrison’s Shell Schooner 18, christened BOB for Boat On a Budget, proves that limited skills, limited tools, and unlimited dreams can get you afloat even where water is scarce.

A dry bag that keeps its cool

We take a look at an insulated dry bag that can serve as a cooler, padded dry storage, and flotation.

The dinghy anchor from Mantus digs deep and fast and comes in a stainless-steel version that can be disassembled for compact storage. 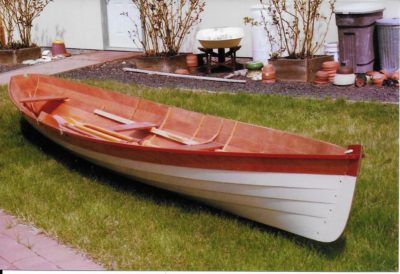