When I was planning for my rowing trip down the Ohio and Mississippi rivers in the early 1980s, I read as many books as I could find on traveling those waterways in small boats. Four Months in a Sneak Box by Nathaniel Bishop was my main guide, as it was his trip that I was going to duplicate. I also read Mississippi Solo by Eddy Harris and Old Glory by Jonathan Raban, both good reads, but Shantyboat: A River Way of Life by Harlan Hubbard was my favorite and most inspiring.

A light dory for solo or tandem rowing

The Fairhaven Flyer from Devlin Designing Boat Builders is a versatile 20’ light dory that can be rowed solo or tandem, with fixed thwarts or sliding seats, and used for exercise or adventure.

More Bang for the Buck

The Saturday Night Special was John Welford’s idea for a fast beach cruiser that was so simple to build that you could arrive a few days early at a multi-day small boat cruise or raid, build the boat, participate in the event, and fly back home, leaving the boat behind for someone else to use. 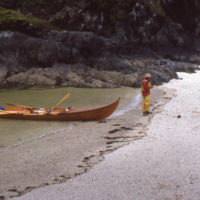 The Gokstad faering was the smallest of the boats found with a 9th-century Viking ship and in the eyes of our editor, Christopher Cunningham, a boat of unparalleled elegance. In 1986 he decided he had build one. He tells the story of rowing his faering 1,000 miles north along the Inside Passage to Alaska. 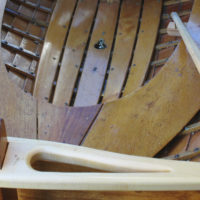 Yawl rigs have become quite popular for small sail-and-oar cruisers. The Norwegian push-pull tillers call for a different kind of tiller minder; we take a look at a simple shop-made device that does the job. 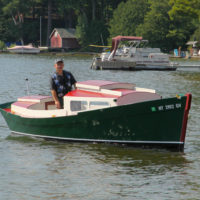 Barry Dusharm had built a few boats for rowing and paddling, so when he made the switch to power he built a Redwing 18 he named it STILL THINKING, the answer he’d given his wife when she asked if it would be his last boat.

A satellite messenger from DeLorme

Cruising remote areas doesn’t necessitate being cut off from friends and family or help in an emergency. Alex Zimmerman carried DeLorme’s InReach SE on a summer cruise and reports on its performance.

BikeBug, a company best known for motors that can be mounted on bicycles, manufactures two very small outboards, a 17-lb four-stroke and an 11-lb two-stroke. 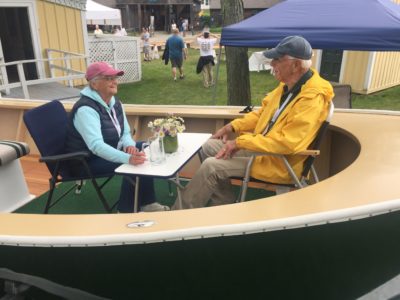